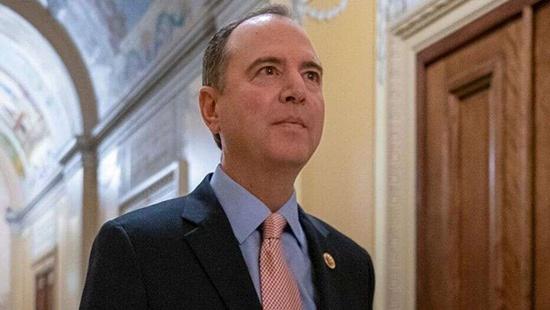 By Gregg Re, Chad Pergram-Fox News

In a pillared House chamber at 10 a.m. ET on Wednesday, in the shadow of the 2020 presidential and congressional elections, House Democrats are set to host the first public hearing involving the potential impeachment of a president since November 19, 1998 — and, they insist, they aren’t happy about it.

Behind the scenes, House Democrats were predicting a “phenomenal week,” Fox News is told. At the same time, Republicans have been preparing a methodical and vigorous cross-examination of Democrats’ witnesses, whose accounts of President Trump’s alleged wrongdoing have been based largely on hearsay and intuition.

Capitol Hill security officials told Fox News they’re not anticipating the kinds of organized protests that rocked the Supreme Court confirmation hearings of Brett Kavanaugh last year, but sources on both sides of the aisle have cautioned that the day will be unpredictable. The proceedings are to be held in the cavernous House Ways and Means Committee hearing room at the Longworth House Office Building.

With the bang of a gavel, Schiff will open the impeachment hearings Wednesday into Trump’s alleged pressure on Ukraine to investigate 2020 presidential candidate Joe Biden’s dealings in the country. The former vice president, a Democrat, has boasted about pressuring Ukraine to fire its top prosecutor, as his son Hunter Biden held a lucrative role board of a Ukrainian natural gas company despite having little relevant expertise.

A whistleblower’s complaint about Trump’s July 25 telephone call with Ukrainian President Volodymyr Zelensky ignited the impeachment investigation. During the hearing Wednesday, a key exchange during that 30-minute call, which has been outlined in a Sept. 24 transcript released by the White House, could take center stage. Zelensky has said he felt no pressure during the call.

“I would like you to do us a favor though,” Trump said at one point in the call, after a mention of U.S. military aid to Ukraine. Ukraine apparently was not aware that the U.S. was withholding new military aid until August, approximately two weeks before the U.S. ultimately released the aid and well after Trump’s phone call with Zelensky.

On the call, Trump then asked Zelensky to investigate reports that Ukraine had some involvement in 2016 election interference. Later on in the conversation, amid a discussion of deep-seated Ukrainian corruption, Trump mentioned Biden’s push to have Ukraine’s prosecutor fired, and suggested the country look into the matter.

Republicans have pointed out that the U.S. also delayed military aid assistance for Lebanon and Armenia. The GOP is expected to say the European Union was not doing its fair share to help root out corruption in Ukraine.

“The Russia invasion of Crimea had more to do with Europe than with the U.S.,” one Republican source told Fox News.

Trump has said the call was “perfect” and contained no “quid pro quo,” or this for that. Democrats, meanwhile, have said it showed Trump using his office to pressure a foreign government to help him politically.

Big questions loomed, including how strongly administration officials connected Trump’s apparent desire for a probe to the question of whether to provide military aid to Ukraine — and whether such a probe would have been inappropriate. At its heart, the GOP argument was that the impeachment effort was unfair and sparked because “unelected and anonymous bureaucrats disagreed” with Trump’s decisions on Ukraine.

Shortly after Schiff’s gavel, he and ranking Republican Devin Nunes, R-Calif., are to begin the questioning. They get 45 minutes each, or can designate staff attorneys to do so.

Members of the panel will then get five minutes each to ask questions, alternating between Republicans and Democrats.

For the Democrats, expect to hear from Daniel Goldman and Daniel Noble, both counsels for the Intelligence Committee. Fox News is told on the GOP side, Steve Castor, whom Ohio Rep. Jim Jordan brought over from the Oversight Committee, will be the counsel to pose questions for the minority.

Republicans recently placed Jordan on the Intelligence Committee. Though Nunes is the senior Republican, the congressman from Ohio could act as an especially fierce attacker of the witnesses’ credibility and the Democrats’ case for impeachment.

Goldman and Castor asked the bulk of the questions of witnesses during weeks of closed-door depositions with current and former administration officials and diplomats.

“You’re going to see a prosecutorial approach,” said Elie Honig, a former federal prosecutor who worked with Goldman to successfully prosecute a Genovese family boss and two mob hit men for racketeering, two murders and an attempted murder. “You will see somebody who knows every detail of every piece of evidence and will bring it to bear in his questioning. You’ll see someone who knows how to get right to the point.”

Democrats chose Ambassador Bill Taylor and career Foreign Service officer George Kent to kick off the public hearings. “They both were witness to the full storyline of the president’s misconduct,” a Democratic aide told Fox News.

The two likely will describe a parallel foreign policy toward Ukraine led by Trump’s personal attorney Rudy Giuliani and other White House officials.

“I discovered a weird combination of encouraging, confusing and ultimately alarming circumstances,” Taylor testified in an Oct. 22 statement. Taylor, a West Point graduate and Vietnam War veteran who has served under every presidential administration, Republican and Democrat, since 1985, also worked for then-Sen. Bill Bradley, D-N.J.

Taylor said it was “crazy” that the Trump administration may have been withholding U.S. military assistance to the Eastern European ally over the political investigations, with Russian forces on Ukraine’s border on watch for a moment of weakness.

Fox News is told the Democrats’ game plan has been to let the witnesses “tell their story” on Wednesday. “We need to facilitate and stay out of the way,” one Democrat involved in the questioning said.

Democrats also told Fox News that Taylor had “the best view of the scheme. He is a habitual note-taker. He is your worst nightmare. Very prepared.”

One source told Fox News the most important line in all of the previously released transcripts so far may have come from Taylor: “Irregular policy channels were running contrary to longstanding goals of U.S. policy,” Taylor said in his testimony.

But, Republicans have countered that it’s the role of the president — not unelected career bureaucrats — to set U.S. foreign policy.

And, Taylor wasn’t on the phone call between Trump and Zelensky. Fox News is told Republicans will cross-examine Taylor repeatedly over his lack of “first-hand knowledge” about the call.

“Hearsay puts a lot of people in jail,” one Democratic source told Fox News. “Eyewitness testimony can be tough. Cops will tell you that. Taylor’s deducing all of this.”

Republicans, meanwhile, are expected to ask Taylor how and why he thought there was a “linkage” and “who told you that.”

Kent, a career foreign service officer, testified on Oct. 15 there were three words Trump wanted to hear from the Ukraine president: “Investigations, Biden and Clinton.”

He also told the investigators about the “campaign” of smears against former U.S. ambassador to Ukraine Marie Yovanovitch that he said Giuliani waged, leading to her being recalled from the position.

Yovanovitch is set to testify Friday. She previously testified on Oct. 11 that she was told people were “looking to hurt” her.

Fox News reported last week that Yovanovitch, a key witness for Democrats, communicated via her personal email account with a Democratic congressional staffer concerning a “quite delicate” and “time-sensitive” matter — just two days after the whistleblower complaint that kickstarted the inquiry was filed, and a month before the complaint became public.

Emails obtained by Fox News appeared to contradict Yovanovitch’s deposition on Capitol Hill last month, in which she told U.S. Rep. Lee Zeldin, R-N.Y., about an email she received Aug. 14 from the staffer, Laura Carey — but suggested under oath that she never responded to it.

Zeldin told Fox News: “I specifically asked her whether the Democratic staffer was responded to by Yovanovitch or the State Department. It is greatly concerning that Ambassador Yovanovitch didn’t answer my question as honestly as she should have, especially while under oath.”

Republicans have privately acknowledged to Fox News that they might have a problem. “How do you counteract Kent and Taylor when you don’t have a witness to counter them?” one Republican source asked.

Last week, Schiff rejected a request by Republicans to have the Ukraine phone call whistleblower testify, saying that their testimony was “redundant and unnecessary.” The GOP witness list, obtained by Fox News this past Saturday, also included Hunter Biden.

White House acting Chief of Staff Mick Mulvaney, for his part, said Tuesday he no longer plans to sue over the impeachment proceedings and will instead follow Trump’s directions and decline to cooperate.

Aside from witnesses, there will also be exhibits — lots and lots of exhibits. Democrats, at least, are expected to display excerpts from transcripts, text messages, relevant news articles and social media posts.

The Democrats reportedly have been wary of Republicans trying “stunts” and being argumentative in an effort to distract from the case against the president.

“By Act II, I suspect the Dancing Bears will enter the room,” one Democratic source said. But, GOP sources downplayed the idea of guerilla tactics during the hearing.

Schiff, in a memo and open letter to colleagues on the eve of Wednesday’s proceedings, outlined some of the rules — including that members not assigned to the Intelligence Committee were not permitted to make statements or question witnesses, but were allowed to sit in the audience.

“It is important to underscore that the House’s impeachment inquiry, and the committee, will not serve as venues for any member to further the same sham investigations into the Bidens or into debunked conspiracies about 2016 U.S. election interference that President Trump pressed Ukraine to undertake for his personal political benefit,” Schiff wrote.

It’s only the fourth time in American history that Congress has launched impeachment proceedings against a sitting president. Two of those — against Andrew Johnson in 1868 and Bill Clinton 130 years later— resulted in their impeachments, or formal charges approved by the House.

Both were acquitted by the Senate, which requires a two-thirds vote to remove a sitting president under the Constitution. The House impeaches by a majority vote.

Former President Richard Nixon resigned in 1974 before the House could vote to impeach him.

During Watergate, the Senate held televised hearings that served to turn public opinion against Nixon. The most sensational moments — including the testimony of White House counsel John Dean and Sen. Howard Baker’s famous question, “What did the president know and when did he know it?” — occurred not during House impeachment hearings but during special Watergate hearings in the Senate.

Pelosi initially was reluctant to launch a formal impeachment inquiry. As Democrats took control of the House in January, she said impeachment would be “too divisive” for the country. Trump, she said, was simply “not worth it.”

After former Special Counsel Robert Mueller’s widely panned appearance on Capitol Hill in July for the end of the Russia probe, the door to impeachment proceedings seemed closed.

But, the next day, Trump got on the phone with Ukraine’s leader.