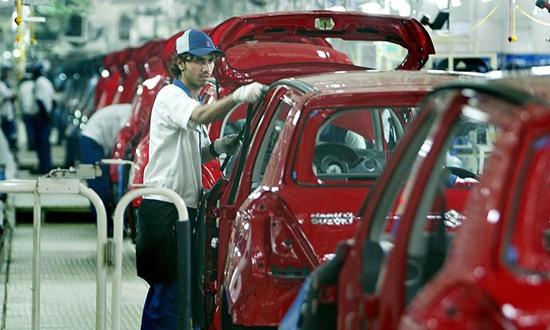 India’s largest lender, State Bank of India, forecasts that the country’s second quarter gross domestic product growth will be 4.2%, as the country grapples with slowdown on many fronts.

In the first quarter India’s gross domestic product growth was 5%, the lowest in six years, and this is expected to further decelerate on account of low automobile sales, drop in air travel, flattening of core sector growth and declining investment in construction and infrastructure, the bank report stated. For the fiscal year the bank lowered the growth forecast to 5% from 6.1%.

In its report the bank stated, “Our 33 high frequency leading indicators reveal an acceleration rate which was 65% in Q1 FY19 declined sharply to 27% in Q2 FY20.”

It also pointed out that the above average monsoon in many parts of the country is expected to affect agricultural output, which will have a major impact on the rural economy.

The bank, however, expects the growth rate to pick up pace in FY21 to 6.2%. “We also expect revisions to the GDP data as in the past, but that is likely in February 2020 as is the custom,” the bank added.

It pointed out that the growth rate in FY20 should be looked at through the prism of synchronized global slowdown. The bank believes that rating agency Moody’s change in outlook from stable to negative will not have any significant impact.

Meanwhile India’s Index of Industrial Production registered the sharpest decline in eight years. Industrial output shrank by a 4.3% in September, the second consecutive month of decline.

Major loss in manufacturing output and a deepening slowdown in capital goods production, among other factors, are the key reasons behind the latest contraction, which was much higher than the 1.4% fall in August. The index fell by the highest margin since October 2011.

In the manufacturing sector, which accounts for 78% of the index, September’s output contracted by 3.9%, which was much higher than the 1.6% contraction in August. Of the 23 sub-sectors within manufacturing, 17 recorded year-on-year contractions, up from 15 in the previous month.

The contractions were across the board in various segments of the automobile sector, with motor vehicle production dipping by 25%.

Other sectors such as mining and electricity also saw declines in production. According to the data, mining activity declined by 8.5% from a flat growth of 0.1% and the sub-index of electricity generation was lower by (-)2.6% from 8.2%.

Consumer durables output remained in the negative territory for the fourth consecutive month by contracting 9.9% in September as against a growth of 5.4% last year, while consumer non-durables sector, consisting of mainly the fast-moving consumer goods, recorded a contraction of 0.4% as against 6.4% growth last year.