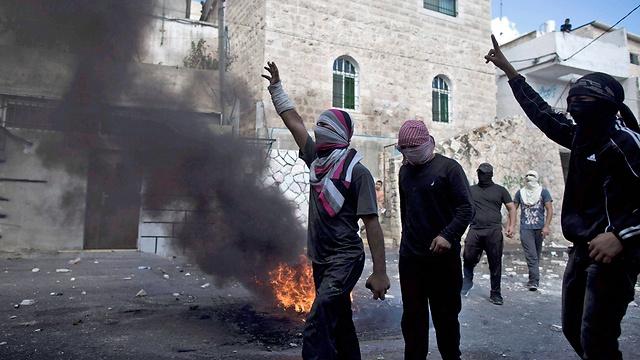 Analysis: Killing of terror group’s military mastermind unleashes another round of escalation in violence in the Strip, but how far can the group, which has become a driving force in rocket fire and confrontations with Israel, really go?

An Israeli airstrike in the Gaza Strip has killed Bahaa Abu el-Atta, a senior militant with the Islamic Jihad group, setting off the worst bout of fighting in recent months.

Israeli officials described el-Atta as the mastermind of recent attacks against Israel and the militant group’s top commander in Gaza.

Tuesday’s violence marked the latest in a long history of fighting between Israel and Islamic Jihad, an armed group that is backed by Iran.

Here’s a look at the Islamic Jihad movement:

Islamic Jihad is the smaller of the two main Palestinian militant groups in the Gaza Strip, and is vastly outnumbered by the ruling Hamas group, but it enjoys direct Iranian backing, both financially and militarily, and has become the driving force in rocket fire and confrontations with Israel.

Hamas, which seized control of Gaza in 2007 from the internationally recognized Palestinian Authority, is often limited in its ability to act because it bears responsibility for running the day-to-day affairs of the impoverished territory. Islamic Jihad has no such considerations, and has emerged as the more militant faction, occasionally even undermining Hamas’ authority.

The group was founded in 1981 with the aim of establishing an Islamic Palestinian state in the West Bank, Gaza and all of what is now Israel. It is designated a terrorist organization by the U.S. State Department, European Union and other governments.

Tuesday’s killing of Abu el-Atta was the first high-profile targeted killing of an Islamic Jihad figure by Israel since the 2014 war in the Gaza Strip.

In a sign of its rising clout, Islamic Jihad leaders paid their first independent visit to Cairo last month to meet with Egyptian intelligence officials, who serve as mediators with Israel. Abu el-Atta, who was a commander in the group’s armed wing, was part of that delegation.

Iran supplies Islamic Jihad with training, expertise and money, but most of the group’s weapons are locally produced. In recent years it has developed an arsenal equal to that of Hamas, with longer-range rockets capable of striking central Israel’s Tel Aviv metropolitan area.

Though the militant group’s base is Gaza, its leadership is also based in Beirut and Damascus, where it maintains close ties with Iranian officials. Another alleged Israeli missile strike on Tuesday targeted Akram al-Ajouri, one of its top officials in Syria.

“He is the real direct connection between Islamic Jihad and Iran, on the one hand, and the person who gives instructions to the Gaza Strip on the other hand,” said Giora Eiland, a former head of Israel’s National Security Council.

As Iran’s proxy, the militant group in Gaza is key to Tehran’s strategy of maintaining pressure on Israel on all fronts, said Kobi Michael, a senior research fellow at the Institute for National Security Studies, a Tel Aviv think-tank. “In their eyes, any stabilization is something that strengthens Israel, and they don’t want that”.

Since seizing power in 2007, Hamas has fought three wars with Israel, often with support from Islamic Jihad fighters.

But Hamas has largely upheld an Egypt and U.N.-brokered truce with Israel in recent months in an effort to improve conditions for the territory’s 2 million residents.

In recent months Islamic Jihad’s militants have challenged Hamas by firing rockets, often without claiming responsibility, to raise its profile among Palestinians while Hamas maintains the ceasefire.

Hamas must now walk a tightrope between restraining Islamic Jihad’s fire at Israel, while avoiding the ire of Palestinians if it cracks down on the group, Michael said.

“If Hamas will try to retaliate against the Palestinian Islamic Jihad, Hamas immediately will be accused that they are harming the national struggle against Israel,” Michael said.

Ultimately, Hamas will have the final say in how long, and how violent, this bout of fighting will persist.

Prime Minister Benjamin Netanyahu heads a caretaker government after two inconclusive elections and after he failed twice to form a coalition.

That task is now being pursued by former army chief Benny Gantz who has just over a week before his time runs up, at which point Israel’s ceremonial president can either select another lawmaker to attempt to form a government or else set in motion what would be unprecedented third elections in less than a year.

Netanyahu has portrayed himself as the only leader capable of meeting Israel’s myriad security challenges and has tried to paint Gantz as weak despite his military bona fides. Netanyahu briefed Gantz on the security situation, according to the prime minister’s office.

Critics questioned the strike’s timing. Amid the political deadlock, it could boost Netanyahu’s standing, which has been marred by a series of corruption allegations and potential indictment expected in the coming weeks.

“It’s hard not to ask questions about timing,” tweeted Stav Shaffir of the dovish Democratic Union party. “Above every decision, hovers a cloud of suspicions”.