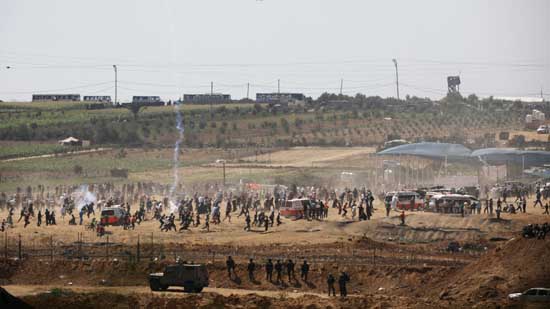 Israeli targeting of two Islamic Jihad leaders, resulting in rocket attacks from Gaza and a military escalation with the Palestinians, take place as the country is in political turmoil with only a caretaker government in Tel Aviv.

Israeli Defense Forces (IDF) have called up reserves and tanks have been spotted heading south towards the border on Tuesday, as the IDF jets and artillery pounded Gaza and Hamas and Islamic Jihad launched over 160 rockets into Israel. Meanwhile, Egypt and the EU have urged restraint.

Though tensions with Gaza have been a constant for years, the latest escalation came after Israeli strikes targeted two leaders of Islamic Jihad. Bahaa Abu al-Atta was killed in eastern Gaza, along with his wife and two other people. Meanwhile, a strike targeting Akram al-Ajouri in Damascus, Syria injured his wife and killed their son, but reportedly missed him entirely.

Al-Ajouri is a member of Islamic Jihad’s political leadership, while Al-Atta was a prominent commander in the Quds Brigades, its military wing. Announcing the assassination, Prime Minister Benjamin Netanyahu called Al-Atta a “ticking time bomb” and Israel’s third most-wanted terrorist.

Islamic Jihad has vowed revenge, and seems to have received the support of Hamas, the group that currently rules Gaza. Israel has warned Hamas not to get involved, RT’s Paula Slier reported from Jerusalem.

Some of the rockets fired into Israel from Gaza have reportedly been intercepted by the Iron Dome missile defense system, but many managed to come through as well. There have been no reports of Israeli casualties as of yet.

Slier says the strikes on two leaders indicate “a resumption in the israeli policy of targeted assassinations.” Since the August 2014 assassination of senior Hamas commander Raed al-Attar, Israel has only admitted to one other targeted killing, that of Hamed Ahmed Abed Khudari in May this year.

The current political crisis in Israel may help explain this latest escalation, however. Just last week, Netanyahu stepped down from the post of defense minister and appointed Naftali Bennett, leader of the New Right party, to the job. Bennett is known as a hard-liner on the Palestinian question, but some Israeli media have speculated that his appointment had little to do with security concerns and more to do with denying a majority to Benny Gantz, Netanyahu’s rival for the premiership, and maybe even forcing another general election.

Netanyahu is currently heading a caretaker cabinet only. In April, he narrowly beat out Gantz in the general election, but was unable to form a ruling coalition, leading to the unprecedented general election in September. That one turned out even worse for Israel’s long-term PM, leaving Gantz with a mandate to try instead.

Gantz is having a hard time scrounging up enough votes for a Knesset majority, however, and Netanyahu is showing little interest in a national unity government in which he would have no role. His other path to power leads through a coalition with the Joint List of Arab parties.

“Hours after the operation, Netanyahu’s media’s mouthpieces opined that the option was now dead in the water,” noted Haaretz columnist Chemi Shalev. “If you believe it’s a mere coincidence, you might be interested in buying the Brooklyn Bridge.”

The strikes were at least partly intended to show that Gantz cannot be trusted because he would have to rely on the Joint List support to become PM, former peace negotiator and IDF Lieutenant Colonel Moty Cristal told i24News.