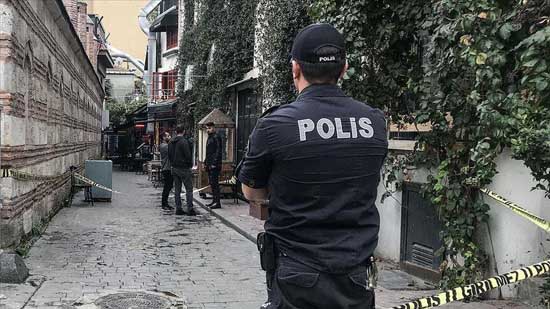 James Gustaf Edward Le Mesurier was thinking of committing a suicide 15 days before his death, the wife of former British intelligence officer told police in her statement.

Sweden citizen Emma Hedvig Christina Winberg, 39, told police officers on Nov. 11 that her husband had recently started to take psychiatric medications and told her 15 days before his death that he thought of killing himself.

According to Winberg, Le Mesurier took sleeping pills on the day of incident and she was sleeping when the incident took place early in the morning. She also said no foreigner came to the house before the incident.

The body of former MI6 officer Le Mesurier, 48, was found dead in the street in Beyoğlu district in the early hours of Nov. 11 by passersby who were going to the mosque for the morning prayer.

The police and paramedics arrived at the scene soon after they got the call and initially found nothing in his possession to identify the man, who was later found to be Le Mesurier.

Winberg said that they moved to the house in Beyoğlu after Le Mesurier had started to get injection and drug treatment due to stress disorder as they needed to stay close to a health institution.

Till a few days before the incident, they were residing in a house in Istanbul’s Prince Islands, she added.

Winberg said her husband went to sleep at around 2 a.m. after taking a sleeping pill, while she went to sleep two and half hours after him.

Le Mesurier woke up when she entered the room, the wife said, and asked her if she wanted a sleeping pill as well, which she replied yes.

Winberg said she checked on her husband after not seeing him in the bed.

“I looked down from the window which was open at the third floor and saw him laying down on the ground,” she added.

According to the initial examination on the body of Le Mesurier, the fractures on his hands and feet suggest high possibility of suicide.

Police also said that it is not possible for Le Mesurier to fall down from the 1-meter-wide ledge in front of the window and it is possible that he might have committed suicide.

Le Mesurier was the founder of a Syrian civil defense agency and he was awarded an Order of the British Empire by Queen Elizabeth in 2016.