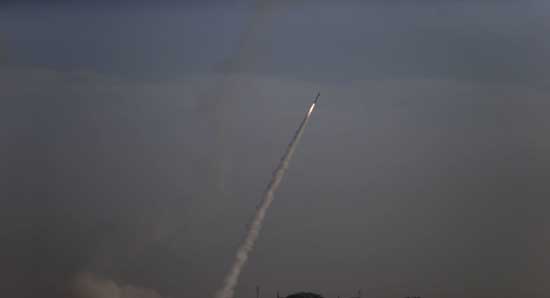 The situation remains tense after about 50 rockets were launched from the Gaza Strip towards Israel on Tuesday, while the Israel Defence Forces (IDF) carried out airstrikes, killing several militants.
According to an initial report by the IDF, sirens have warned people about potential danger in Kibbutz Kerem Shalom and in the Shfela area.
The alarms come just a day after a massive rocket strike against Israel, following the IDF’s elimination of the commander of the group Palestinian Islamic Jihad, Baha Abu Al Ata. The IDF suspected him of preparing a new assault against Israel, also noting that he was responsible for hundreds of terror attacks.
Israel stated that its air defences had intercepted around 90 percent of those projectiles, but the country had to suspend classes in numerous schools for security reasons, leaving almost 1 million students at their homes.
Following the Tuesday strikes, Palestinian Prime Minister Mohammad Shtayyeh called on Israel to stop the operations, appealing to the UN, because he considered the Israeli attack to be aggression against Gaza. At the same time, the enclave’s Health Ministry also stated that at least ten people have died due to the IDF airstrikes.
Sputnik