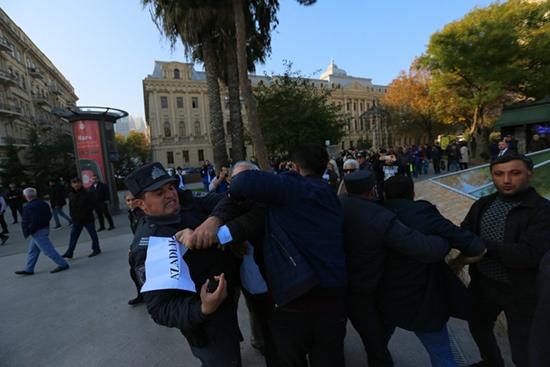 Baku/13.11.19/Turan:, Deputy heads of Musavat Sahavat Soltanly and Faraj Karimli and other activists were detained near the Baku Executive Power , on the part of the  Icheri Sheher metro station. The detention occurred when they communicated with reporters.

Later, the head of the Sabail district organization Zakir Ismayilov was detained, who told reporters that 17 party activists were detained before the start of the rally.

Several women were also detained when they were interviewing reporters. They said that they did not violate laws, but were exercising their constitutional right to freedom of assembly.

Police and people in civilian rhinestones detain and take away detainees, requiring journalists to disperse and not interfere with the police.

According to the observation of Turan correspondents, The total number of detained Musavat members in front of the city hall has already exceeded 15 people.

Japanese startup to carry UAE lunar rover to moon in 2022