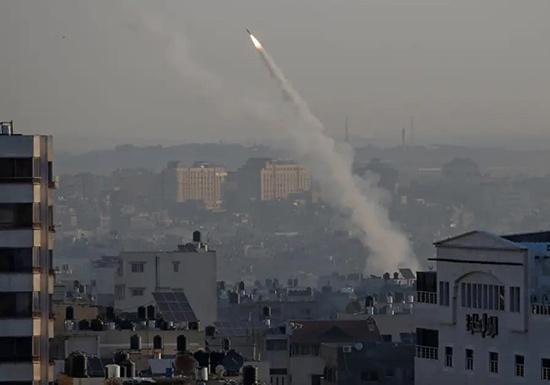 Israel was saying very clearly – all of Islamic Jihad is in our sights and is a legitimate target. No one is beyond Israel’s reach.

The early morning Israeli airstrike on Tuesday that killed a top Islamic Jihad commander in the Gaza Strip carried with it a number of messages addressed to Hamas, Iran and Syria.

Just minutes after the Air Force bombed the home of Islamic Jihad’s Baha Abu al-Ata in Gaza, killing him and his wife, another explosion took place in Damascus at the home of the deputy head of Islamic Jihad, whose headquarters are located in the Syrian city.

Israel did not take credit for the Damascus bombing, and it was unclear whether Akram al-Ajouri was killed or wounded in the strike.

Either way, Israel was saying very clearly: all of Islamic Jihad is in our sights and is a legitimate target. No one is beyond Israel’s reach.
Ata has been at the top of Israel’s target bank since September, when Islamic Jihad fired rockets at Ashdod while Prime Minister Benjamin Netanyahu was addressing a rally of Likud supporters in the run-up to the election. As the rockets were making their way to Ashdod, Netanyahu’s security detail came on stage and – in front of the cameras – quickly escorted him to a nearby secure room.
It was Ata who again last Friday night launched about a dozen rockets into Israel. It was only a matter of time before Israel settled the score with him.
What happens next will depend on Islamic Jihad and Hamas. If Islamic Jihad continues to fire rockets into Israel and Hamas joins the attacks, Israel will escalate its own operation. Since the Gaza war of 2014, the IDF has accumulated an impressive list of potential targets it could strike in the event that this round of violence escalates into a major confrontation.
Then, there is Iran. Jerusalem has been on edge in recent months over the possibility that Tehran will launch an attack against Israel with cruise missiles and killer drones similar to the one that it carried out against a Saudi oil refinery two months ago. Iran’s aggression went without response from Saudi Arabia or the US, and Israel felt that the Islamic Republic might try to do something similar against the Jewish state.
What Israel showed on Tuesday is that it is not simply waiting, and is not paralyzed in fear of what Iran might do. Islamic Jihad’s primary patron is Iran, and most of its financial support comes from the ayatollahs in Tehran. Killing one of its top field commanders in Gaza and striking – allegedly – at the same time in Damascus shows that Israel is willing to take risks to keep its citizens safe.
And then there is the political situation in Israel. Blue and White leader Benny Gantz was updated about the Ata targeted killing just before it took place. He still has eight days before his mandate to form a coalition expires. If Israel embarks on a large-scale operation in Gaza, what will that mean for coalition talks? Can Gantz even negotiate with other parties while rockets are landing and airstrikes are being launched?