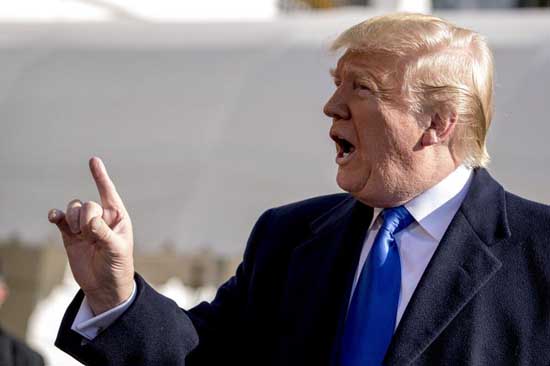 U.S. President Donald Trump said on Nov. 12 that the United States knows the location of the third in command to ISIL leader Abu Bakr al-Baghdadi, who killed himself last month during a U.S.-led raid.

“We have our eye on his third,” Trump said during the question-and-answer session following a speech at the Economic Club of New York.

“His third has got a lot of problems because we know where he is too.”

Since Baghdadi’s death, the United States and Turkey have targeted possible successors and sympathizers and arrested family members, seeking to prevent a resurgence of the militant group.

Trump did not identify the new target.

Earlier this month, the United States, said it was looking into Abu Ibrahim al-Hashemi al-Quraishi, who has been appointed ISIL’s new leader.