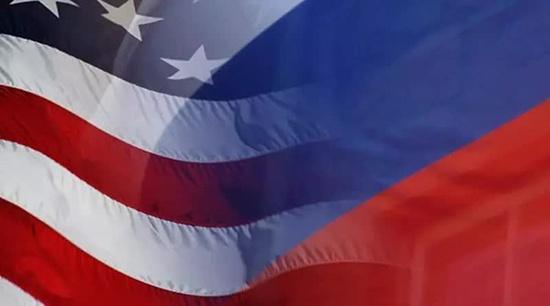 Conducted by Leslie Stahl, the lead November 3 CBS 60 Minutes segment on Maria Butina, is on par with Stahl’s January 7, 2018 hit job on RT. At play, is a concerted effort to misrepresent mainstream Russian perspectives. This establishment bias against Russia/Russians typically doesn’t acknowledge certain aspects like the diverse views aired on RT. That station has given ample time to the likes of Michael O’Hanlon, Kenneth Roth, Dick Pound, Richard McLaren, Richard Goodstein and Mark Galeotti.

Stahl’s feature with Butina started off with subjectively stacked talking points. The not so well substantiated mantra of Russian meddling in the 2016 US presidential election was harped on – something that Butina wasn’t accused of.

Stahl expressed astonishment that someone Butina’s age (23 at the time) had been doing the activity she was involved in. Butina said that remark was sexist. In actuality, Stahl was exhibiting age discrimination and possibly doing so in a hypocritical way. Consider Mark Zuckerberg’s age when he achieved far greater fame than Butina. Other early bloomers include Joshua Wong and Catherine Chumachenko. Now 23, the Hong Kong political activist Wong started getting noticed in his teens. Chumachenko (the wife of former Ukrainian President Viktor Yushchenko) headed the pro-Stepan Bandera Captive Nations Committee in her early twenties.

John Demers’ appearance on the 60 Minutes segment was for the purpose to mop up on Butina. No one was there to mop up on him. Demers’ US government office was involved with prosecuting Butina. He projected his deceptive manner to Butina. Demers belittled her comment on the anti-Russian biases evident in the US, while highlighting the image of Butina lobbying for a foreign government in the US, without being registered to do so.

BS aside, it’s fairly well known that numerous individuals in the US have in one way or the other, done the bidding for foreign countries/governments without being registered as a foreign agent. This very matter can be murky and with varying factors, which arguably go against taking the marching orders of a given foreign government.

Someone can independently have a pro-American and pro-Russian stance, without coordinating his/her views with a government. This observation doesn’t omit the possibility of such a person periodically interacting with government or government connected people (American, Russian or other) – a point that concerns Butina.

Relative to Butina, is it too much of a stretch to characterize Alexandra Chalupa as a foreign operative? Butina is a guns rights advocate, who also seeks improved US-Russian ties. How horrible! We’re to believe that there was a grand Russian plan to takeover the US, with the infiltration of the National Rifle Association (NRA) as a stepping stone. If anything, the NRA was more on the verge of gaining influence in Russia than vice versa. To underscore this point, Butina sought NRA like influence in Russia.

In comparison, during the 2016 US presidential election, Chalupa interacted with Ukrainian government personnel to find dirt on Trump’s campaign for the benefit of the Democratic National Committee – specifically Hillary Clinton. At the time, the Kiev regime wasn’t pleased with what Trump said about Russian-Ukrainian issues. This was also true among US based neocons, neolibs and some others. The US mass media interest in Chalupa’s activity has been limited, when compared to Butina and the Russiagate hoopla.

On the subject of acting like a foreign agent, Michael Pillsbury has presented evidence indicating that Joe Biden (when he was vice president) adopted a more pro-Chinese position after his son received a lucrative arrangement in China.

Demers’ belittling of anti-Russian biases in the US runs counter to reality. A prime comparative example is evident with the hypocritical condemnations on CNN and MSNBC, over the second guessing of Alexander Vindman, the Ukrainian SSR born US army officer, who said that Donald Trump’s phone conversation with Volodymyr Zelensky was inappropriate. (Vindman was one of several individuals who listened in on that phone discussion.)

There was some pro-Trump backlash over Vindman, suggesting that he isn’t pleased with what the US president has said over the course of time regarding Russian-Ukrainian matters. Thereafter, CNN and MSNBC ran segments suggesting that the pro-Trump response to Vindman is discriminatory – in the form of questioning the loyalty of a foreign born person. Among those leading that charge are Brian Williams, Michael McFaul and Max Boot.

Relatively speaking, not much is known about Vindman’s views, unlike William Taylor, who (in articles and live appearances) is pro-Euromaidan Ukraine and Russia unfriendly. (Taylor like Vindman had testified before the Adam Schiff led investigation of the Trump-Zelensky phone conversation.) A retired US army officer Jim Hickman, describes Vindman as a pro-Democratic Party leaning individual, lacking scruples. Noting Vindman’s Jewish background, the Alexei Bayer and Julia Ioffe pieces on Vindman are limited in scope. Regardless of ethnicity or religion, those of a former Russian Empire and/or former Soviet heritage aren’t monolithic.

Bayer takes a pro-Euromaidan Ukrainian/anti-Russian leaning slant, as evidenced by his frequent Kyiv Post appearances. His article at issue presents Trump as being more pro-Russian than pro-Euromaidan Ukrainian. Another way of reviewing Trump is to observe that he’s not anti-Russian, along the lines of Bayer, Taylor and the Kyiv Post, while having America’s best interests (as Trump sees it) at heart. (BTW, among the high profile of former Soviet based English language media, the Kyiv Post is better at promoting nationalist anti-Russian leaning views, when compared to The Moscow Times’ approach to patriotically reasonable Russian perspectives.)

Whatever the case is with Vindman, the comments second guessing him, fall well short of the clearly stated anti-Russian bigotry, expressed by James Clapper, the former national security adviser, who was hired by CNN as an analyst. When discussing the CBS 60 Minutes feature on Butina, CNN’s Brian Todd belittles the otherwise clear anti-Russian bigotry, which his employer is casual about. Todd’s November 4 CNN bit muddies facts with questionable opinions. From that, a creative attempt is made to suggest something sinister. Butina didn’t do anything close to stealing or attempting to steal classified US government information.

Contrary to Todd, given the anti-Russian backdrop evident, it wasn’t unreasonable for Butina to (at one point) advocate a low profile Russian presence in the US. A thought that Todd spun as something underhanded.

*Michael Averko is a New York based independent foreign policy analyst and media critic. This article first appeared at the Strategic Culture Foundation’s website on November 12.

Michael Averko is a New York based independent foreign policy analyst and media critic. He has appeared as a guest commentator on the BBC and WABC talk radio, in addition to having been a panelist at the World Russia Forum, Russia Forum New York and US-Russia.org Experts’ Panel. Besides Averko’s Eurasia Review column – Academia.edu, Counterpunch, Foreign Policy Journal, Global Research, History News Network, InoSMI.Ru, Johnson’s Russia List, Journal of Turkish Weekly, Kyiv Post, Oriental Review, Penza News, Pravda.Ru, Pravoslavie.Ru, Radio Free Europe/Radio Liberty, Russia Insider, Sputnik News, Strategic Culture Foundation, The Huffington Post, Valdai Discussion Club and WikiLeaks, are among the numerous venues where his commentary have either appeared or been referenced. The American Institute in Ukraine and the Lord Byron Foundation for Balkan Studies, have referenced some of his commentary, along with academic white papers prepared for NATO Watch, Ohio State University, Problems of Post-Communism and the Royal College of Defence Studies. He is source referenced in Richard Sakwa’s book “Frontline Ukraine”. Averko’s Eurasia Review article on Pavlo Skoropadsky, provides the first full online transcript of Skoropadsky’s edict calling for an “All-Russian Federation”, inclusive of Russia and Ukraine. Among other issues, that article explains the relationships among the major combatants in the Russian Civil War. He can be reached via [email protected]

The Party Whose Success Is a Problem