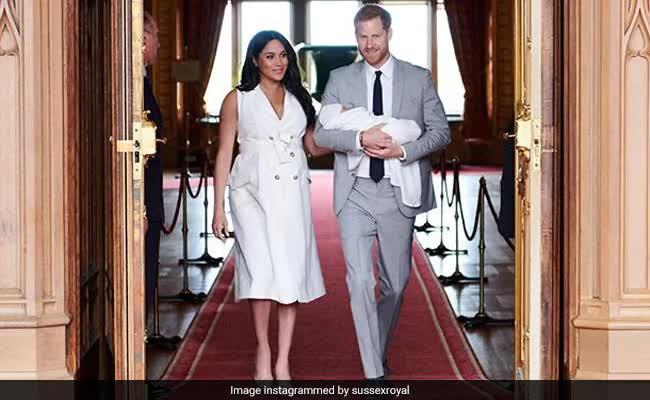 In recent years, those closest to Meghan have also become targets of relentless press coverage.

Former Democratic presidential candidate Hillary Clinton defended Meghan, duchess of Sussex, and criticized negative British press coverage of her, saying she “deserves a lot better” and urging her to “hang in there” amid a swirl of punishing press reports.

Speaking to BBC Radio 5 alongside her daughter, Chelsea, Clinton called out the British tabloid press. “To think that some of your – what we would call mainstream – media actually allowed that to be printed in their pages, or amplified, was heartbreaking and wrong,” she said.

The former Meghan Markle, who married Prince Harry in 2018, has long been subjected to what critics have called negative, sexist and racist treatment, both online and off, in Britain. In recent years, those closest to her have also become targets of relentless press coverage. In May, a British radio host was fired for comparing Meghan’s firstborn son, Archie Harrison, to a chimp. In 2016, the Daily Mail ran a story with the headline: “Harry’s girl is (almost) straight outta Compton,” a story that referred to the home of her mother Doria as “gang-scarred.”

When asked whether race played a role in the ill-treatment of the duchess, both Clintons agreed. “Absolutely,” said Chelsea, while her mother said, “I think even if you go back and look at social media from the time the engagement was announced, race was clearly an element in it.”

During the BBC interview, the former first lady described the duchess as an “amazing young woman” with an “incredible life story” and said that the world should be celebrating the royal love story. “I want to hug her. I want to tell her to hang in there, don’t let those bad guys get you down,” Hillary Clinton said. “It is tough what she is going through.”

Speaking of the royal couple’s life in the spotlight, the former secretary of state said, “They are struggling to have a life of meaning and integrity on their own terms.”

In October, it was announced that Prince Harry and Meghan were launching legal action against the Mail on Sunday newspaper for “unlawfully” printing a private letter. In a statement at the time, Harry said the behavior of the press “destroys lives.” He also said he was worried that his wife may fall victim to intrusive press coverage in the same way that his late mother, Princess Diana, did.

In a recent and raw documentary that aired in October, the royal couple opened up about life under the intense global spotlight, with Meghan saying it was hard to juggle motherhood with unforgiving press intrusion and backlash. “I never thought that this would be easy,” she said. “But I thought it would be fair.”

The Clintons join a long list of prominent voices defending the duchess and Prince Harry as online trolls and some British media outlets continue to target them. In August, Sir Elton John sprang to the defense of the royal couple, saying that he was “deeply distressed” by “distorted and malicious” media coverage of them. He said he felt it was his “duty” to protect them due to his close relationship with Princess Diana.

Talk show host Ellen DeGeneres has also defended Meghan in the past, tweeting: “Imagine being attacked for everything you do, when all you’re trying to do is make the world better.”

In the same BBC interview, Hillary Clinton blasted a delay in the publication of a report on possible Russian interference in British democratic processes as “inexplicable and shameful.”