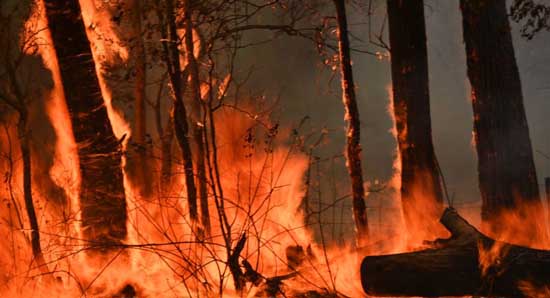 Authorities have issued the highest warning level for several areas including Noosa, a popular beachside resort 150 km (93.2 miles) north of Brisbane, the state capital of Queensland, as fires continue to rage over vast parts of Australia, having already spread across 1.1 million hectares (2.7 million acres).

A water-bombing helicopter crashed as it was battling severe bushfires in the northern Australian state of Queensland on Wednesday, a fire service official told AFP.

“We’re aware that the helicopter crashed during waterbombing operations at the Pechey fire today”, the Queensland Fire and Emergency Service spokesperson said, adding the pilot’s condition is yet unclear.

The state’s fire and ambulance services were called to the scene over the incident.

On Wednesday, Australian officials ordered urgent mass evacuations in a number of communities, including a major tourist destination, Noosa, 150 km (93.2 miles) south of Brisbane, to evacuate as firefighters tried to contain bushfires raging across the country’s east coast.

While a slight change in weather conditions brought at least some relief to firefighters in New South Wales (NSW), attention shortly thereafter shifted to its northern neighbour Queensland, where extremely hot, dry and windy conditions have created a risk for fires.

Around 150 fires were burning across both states by mid-afternoon on Wednesday. Around 1.1 million hectares – 2.7 million acres – of land have either been burnt or are burning, with the hot and windy conditions forecast to show an upward trend next week.