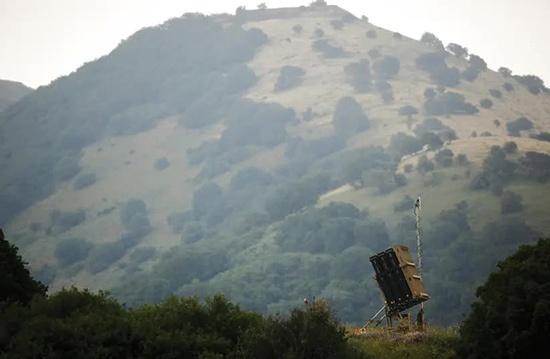 The ceasefire reportedly took effect at 5:30 a.m. Nonetheless, around 6:00 a.m., rockets were fired from Gaza at Jewish communities on the border.

Israel and Islamic Jihad have reached a ceasefire agreement, according to an Egyptian source. The source told Israel’s Kan news that the ceasefire took effect at 5:30 a.m.

The Palestinian Sawa news agency also reported that diplomatic sources had told them that a ceasefire started at 5:30 in the morning.

Nonetheless, around 6 a.m., sirens were heard and rockets fired from Gaza at Jewish communities on the border.

The ceasefire came after a night of continued rocket fire that pounded southern Israel. Around 400 rockets were fired from Gaza into the Jewish state since the start of the escalation overnight Monday, which followed an IDF targeted assassination of one of the group’s top commanders in the Gaza Strip, commander Bahaa Abu al-Ata.

On Wednesday, PIJ Secretary-General Ziyad al-Nakhalah said in an interview with Hezbollah-affiliated Al-Mayadeen news that Israel conveyed a request for a ceasefire and that the terrorist group would only agree to a ceasefire if Israel met three requirements: the cessation of assassinations, stopping firing on the March of Return demonstrations and the lifting of the siege on Gaza according to former agreements made in Cairo.

According to a government official, the PIJ also wanted a ceasefire. The demands by the PIJ show that Israel succeeded in its operations, according to the official, adding that the IDF killed 20 terrorists and substantially damaged PIJ’s capabilities. Quiet will be answered with quiet and actions in the field will determine what happens, added the official.

Of the rockets fired toward Israel since Tuesday morning, an estimated 90% of rockets heading toward residential areas were intercepted by the Iron Dome, the army said, adding that 60% of rockets not intercepted fell in open areas where they caused neither injury nor damage.

Palestinian sources confirmed on Wednesday that Palestinian Islamic Jihad Secretary-General Ziyad al-Nakhalah has been invited to Cairo for talks with Egyptian intelligence officials on ways of achieving a ceasefire with Israel.

Al-Nakhala told Al-Mayadeen that he would not be going to Cairo as of yet, although he had sent a draft of a possible ceasefire agreement to Cairo.

According to the sources, the Egyptians contacted Nakhalah and other PIJ officials on Tuesday in the context of Cairo’s efforts to arrange a ceasefire with Israel.

“The Egyptians are putting pressure on Palestinian Islamic Jihad to end the fighting,” the sources said, adding that Hamas has already informed Cairo that it is not interested in an all-out war with Israel.

However another senior PIJ official, Mohammed al-Hindi, denied that a delegation from his group was already in Cairo for ceasefire talks with the Egyptians.

Four Palestinian terror groups in the Gaza Strip said in a statement on Wednesday evening that they will continue the fight against Israel “until the liberation of all Palestine.”

UN Special Coordinator for the Middle East Peace Process Nickolay Mladenov arrived in Cairo on Wednesday afternoon to work with Egyptians on containing the violence and restoring calm.

“The continuing escalation is very dangerous,” he said. “It is yet another attempt to undermine the efforts to improve the dire socio-economic conditions in Gaza and prevent another devastating conflict. The UN is working to urgently de-escalate the situation.”
Assistant Secretary for Near Eastern Affairs David Schenker met with Mladenov in Jerusalem prior to the UN envoy’s departure for Cairo.

“The Islamic Jihad has nothing to lose, so it hard to negotiate or have a mediation,” Schenker told reporters in Jerusalem. “I hope they can come to come to a resolution soon on some type of de-escalation. I think the government of Israel is making efforts to not escalate this.”

Schenker said he saw the absence of Hamas from the latest round of Israeli-Gaza violence as positive.

The Prime Minister’s Office had no comment on the matter.

Al-Hindi claimed that Israel has been contacting the United Nations since Tuesday in an attempt to reach a ceasefire. He denied that a PIJ delegation was expected to arrive in Cairo on Wednesday night.

In Ramallah, a senior Palestinian Authority official claimed that PA President Mahmoud Abbas has asked Egypt to intervene with PIJ to end the current round of fighting. “President Abbas is making a big effort to end the [Israeli] aggression on our people in the Gaza Strip,” the official told The Jerusalem Post.

As Nakhalah was on his way to Cairo, leaders of PIJ’s Al-Quds Brigades threatened to step up rocket attacks on Israel. One PIJ spokesman, Abu Hamzah, claimed that the Israeli government was hiding from the public the names of military bases targeted by his men’s rockets in the past 24 hours.

“The enemy is imposing strict censorship so that settlers would not take to the streets to protest against [Prime Minister Benjamin] Netanyahu and his minister of war,” Abu Hamzah said.

Meanwhile, Hamas, which chose not join PIJ and other groups in firing rockets at Israel, warned that “the enemy will pay a price for its idiocy.” Hamas also warned in a statement that it won’t allow Israel to “impose its equations and policies on the Palestinians.”
The Hamas-controlled Ministry of Health in the Gaza Strip said that 24 Palestinians were killed and 73 injured in Israeli airstrikes since the assassination of al-Ata on Tuesday morning. Among the dead are three children and a woman, the ministry said.

Palestinian sources said that most of the Palestinians killed in the airstrikes were members of PIJ’s Al-Quds Brigades. Some of the terrorists killed by Israel also belonged to a dissident Fatah group, the sources said, noting that they were involved in the firing of rockets at Israel.

Wednesday’s violence began to heat up around 6 a.m. when incoming rocket sirens first sounded in Gaza border communities, and shortly afterward near Latrun and Beit Shemesh outside Jerusalem. Dozens of other salvos were then fired throughout the day toward southern Israeli communities bordering the Shfela, Gaza Strip and the cities of Netivot, Ashkelon and Sderot.

In retaliation, the IDF struck dozens of targets across central Gaza, including rocket caches, underground terror infrastructure, sites for manufacturing long-range rockets, a PIJ naval vessel, a marine training compound, the headquarters of the Khan Younis Brigade, and others.

“Over the past two days, the IDF has launched 11 attacks (by air, and in one case by tanks) against Palestinian Islamic Jihad operatives who intended to launch rockets as well as a rocket-propelled grenade,” the military said, adding that “the IDF makes maximum efforts to avoid harm to those who are not involved” in the fighting.

“These operations were conducted in a collaboration between the Southern Command, the Air Force and the Military Intelligence Directorate as part of an effort to prevent rocket launches at the Israeli home front,” the army said in a statement.

“Every terrorist and terror initiator know they have on their back a timer for the end of their life,” Bennett said, adding that IDF commanders headed by Kochavi, alongside other intelligence and security agencies, were doing all they could to ensure Israelis sleep peacefully at night.

IDF spokesperson Brig.-Gen. Hidai Zilberman said Hamas has not yet been involved in the fighting, but “the situation is fragile” and as such the IDF has targeted PIJ positions and infrastructure that won’t injure or kill civilians so Hamas won’t have a reason to join in.

“We are not attacking Hamas, and the PIJ targets we are striking are not in the center of Gaza City like five-story buildings because we understand that we are walking on a tightrope,” said Zilberman. “We do not want to kill civilians that could lead Hamas to join the fighting combat.”

The IDF is also continuing to gather intelligence against PIJ targets across the Strip.

“We have a relatively rich PIJ target bank, and we will continue to prepare additional options both defensive and offensive,” Zilberman said.

In spite of the possibility that violence would be halted, Education Ministry and Home Front Command announced that schools within 40 kilometers of the Gaza Strip would remain closed on Thursday. All non-essential work will also remain prohibited.

While the IDF does not want the situation to escalate into a military operation inside the Strip, there has been a small increase in troop deployment along the Gaza border fence with a limited number of companies and battalions. Artillery batteries and tanks were also seen by The Jerusalem Post deployed along the Gaza border.

Bennett said that Israel “will not hesitate to act again in the future. This morning we sent a clear message to all our enemies: whoever plans to hurt us during the day will never survive the night.”

According to Magen David Adom emergency services, as of 5.30 pm on Wednesday EMTs and Paramedics provided medical services to 63 people, the majority lightly wounded.

Tzvi Joffre contributed to this report.

Marketplaces to be open on Saturdays