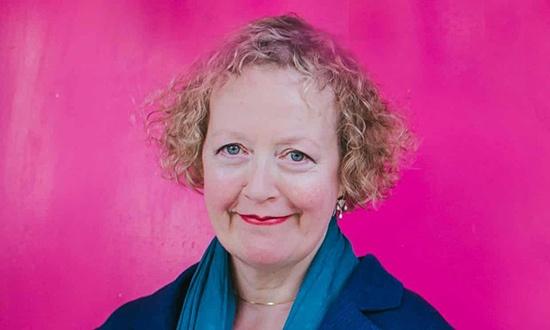 Ducks, Newburyport wins £10,000 prize for fiction that ‘breaks the mould’ of the novel, a month after missing out on the Booker

Lucy Ellmann’s 1,000-page novel Ducks, Newburyport has won the £10,000 Goldsmiths prize for “fiction at its most novel”, praised by judges as a “masterpiece”.

Ducks, Newburyport is the stream-of-consciousness internal monologue of a mother in Ohio as she bakes pies in her kitchen. Made up of just eight sentences, with no paragraph breaks, its ambitious form led to it being turned down by Ellman’s previous publisher, Bloomsbury. It later found a home at independent press Galley Beggar and was shortlisted for this year’s Booker prize.

Chair of judges, Erica Wagner called the novel “that rare thing: a book which, not long after its publication, one can unhesitatingly call a masterpiece”.

The Goldsmiths prize sets out to reward fiction “that breaks the mould or extends the possibilities of the novel form”, with six books including Mark Haddon’s The Porpoise and Deborah Levy’s The Man Who Saw Everything in the running for this year’s award.

Wagner said it had been a challenge to choose a winner, but judges found that the “gripping, hypnotic” Ducks, Newburyport “remakes the novel and expands the reader’s idea of what is possible with the form”.

In an interview with the New Statesman, which runs the prize in association with Goldsmiths, Ellmann said that she had wanted to write “a long soft slow book that the reader can float around in for some time, to sink or swim, engulfed in one woman’s thoughts”.

“You’re on your own with this book, no nursemaid,” she said. “I think we’re all adults, and capable of much more adventurous reading than we’re usually offered. I sense people are hungry for something new, and sick of fiction that lazily kowtows to the reader or, God help us, the ‘market’. Anyone who thinks writing is easy really isn’t trying hard enough.”

Wagner’s fellow Goldsmiths judge, the Icelandic novelist Sjón, called Ducks, Newburyport a “massive achievement” and praised it as being “as playful and urgent, humanist and unflinching, as the other big novels that precede it in the literary canon.”

Previous winners of the Goldsmiths include Ali Smith, Robin Robertson and Mike McCormack. Irish novelist Eimear McBride, who won the inaugural prize for A Girl Is A Half-formed Thing, spent almost a decade receiving rejections from both publishers and literary agents until her debut was picked up by Galley Beggar, Ellmann’s publisher. McBride would also win the Women’s prize and the Desmond Elliott, with Faber picking up paperback rights as sales spiralled.

Ellmann told the Guardian in October that the published version had been cut down. “I could have put a lot more in,” she said, adding that Galley Beggar had allowed her to add 30,000 words in one edit. “I think they’d fainted. They were very good about it. I mean, what is 30,000 words when you’ve already got 400,000. What’s the big deal? It’s more for your money.”

It is good news for the tiny publisher, run by co-founders Sam Jordison and Eloise Millar, after Jordison came forward to criticise the Booker judges decision to split this year’s award between Margaret Atwood and Bernardine Evaristo. In the Times Literary Supplement last month, Jordison wrote that he needed to know “what the hell happened”, as some of the judges had implied their decision had taken into account the shortlisted authors’ careers and reputations, not just their novel as the rules stipulate. “It’s one thing to feel bad about losing. It’s another to feel you were never in the game,” he wrote. “This prize had taken over our lives. We had put everything into it. And now, it seemed that we had not had a hope from the start.”