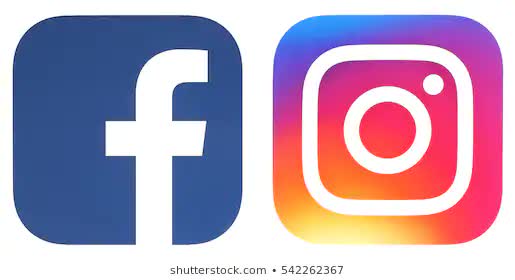 “We have improved our ability to detect and block attempts to create fake, abusive accounts,” the internet firm said in its latest transparency report.

Overall request by governments for Facebook user data rose 16 % to 128,617 in the first half of this year

Facebook on Wednesday said it has taken down some 5.4 billion fake accounts this year in a sign of the persistent battle on social media against manipulation and misinformation.

Amid growing efforts to create fraudulent accounts, Facebook said it has stepped up its defenses and often removes the accounts within minutes of being created.

“We have improved our ability to detect and block attempts to create fake, abusive accounts,” the internet firm said in its latest transparency report.

“We can estimate that every day, we prevent millions of attempts to create fake accounts using these detection systems.”

Facebook believes that fake accounts — where someone pretends to be a person or entity which does not exist — represented about five percent of its worldwide active users during the second and third quarters of this year.

The social network has invested heavily in finding and taking down accounts crafted to deceive people about where information is originating, particular when spread as part of coordinated campaigns with political or social agendas.

The detailed report also showed that government demands for user information hit a new high led by the US.

Overall request by governments for Facebook user data rose 16 percent to 128,617 in the first half of this year.

“Of the total volume, the US continues to submit the largest number of requests, followed by India, the UK, Germany and France,” the report stated.

Facebook received 50,741 requests from the US for information regarding 82,461 accounts, with roughly two-thirds of those done in a way prohibiting the social network from letting users know about inquiries, the report showed.

“We always scrutinize every government request we receive for account data to make sure it is legally valid,” Facebook deputy general counsel Chris Sonderby said in an online post about the latest figures.

“This is true no matter which government makes the request.”

“While we are pleased with this progress, these technologies are not perfect and we know that mistakes can still happen,” Facebook said.

“That’s why we continue to invest in systems that enable us to improve our accuracy in removing content that violates our policies while safeguarding content that discusses or condemns hate speech.”

In a conference call discussing the report, Facebook chief Mark Zuckerberg and other executives stressed how combining company resources allowed it to better tackle unwanted content and activity at both Instagram and the leading social network.

Zuckerberg has responded to political rhetoric calling for the breakup of Facebook,in part, by arguing that such a move would actually make it harder to fight problems such as malicious content or activities.

“This is something we invest billions of dollars into every year,” Zuckerberg said of the battle to keep Facebook safe and secure for users.

“That certainly weighs on profits, but there is no question it is the right thing to do.”

Zuckerberg renewed his call for regulation that called for all internet firms to openly disclose details about the efficiency of efforts to stop the spread of harmful content on their platforms.

“If we can’t understand the true prevalence of harmful content across systems, we can’t stop it,” Zuckerberg said.