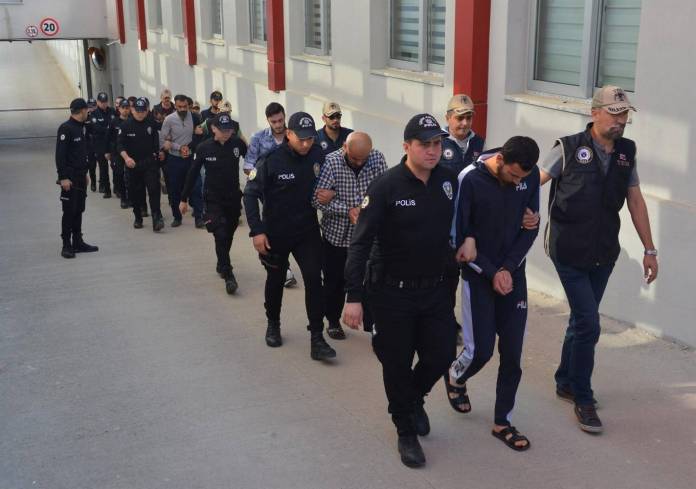 Germany and the Netherlands have pledged to accept ISIL members and their families captured by Turkey, Interior Minister Süleyman Soylu said on Nov. 13 as Ankara started to repatriate the fighters this week.

“I would like to especially thank the two countries here. One is Germany and the other the Netherlands,” Soylu said in the southeastern province of Van. “As of last night, they have confirmed that they will take back terrorists from Daesh (ISIL) who are citizens of their countries and their wives, children and all the others, including the ones imprisoned in Jarablus and Azaz.”

Ankara expects the same “cooperation and the same constructive attitude” from other countries, Soylu said.

Turkey extradites ISIL members regardless of their origins, Soylu stated.

“We have our own policy, and we are implementing it without compromise. Those who want to step out of our way will, but those who don’t will face the consequences,” he said.

Turkey has captured an “important” figure within the ISIL group in Syria, the minister also said, noting that the suspect is still being interrogated. He did not name the individual or provide further details.

Turkish officials recently said they had captured and detained several family members, including a wife, sister and daughter, of Abu Bakr al-Baghdadi, the ISIL leader who was killed in a U.S. Special Forces raid last month.

Al-Baghdadi blew himself up during the Oct. 26 raid on his heavily fortified safehouse in the Syrian province of Idlib.

Turkey has been publicizing its efforts to catch ISIL members, following criticism that its recent military offensive to drive the YPG group from northeast Syrian would lead to a resurgence of ISIL.

It has accused European countries of being too slow to take back citizens who traveled to fight in the Middle East.

Turkey deported three foreign jihadists on Nov. 11, with more than 20 Europeans, including French and Germans, in the process of being expelled to their countries of origin.

Ankara earlier said seven more Germans would be deported on Nov. 14, while 11 French citizens, two Irish and at least two additional Germans were also being processed.

Meanwhile, Turkey is due to launch a new important operation against FETÖ, the interior minister said.