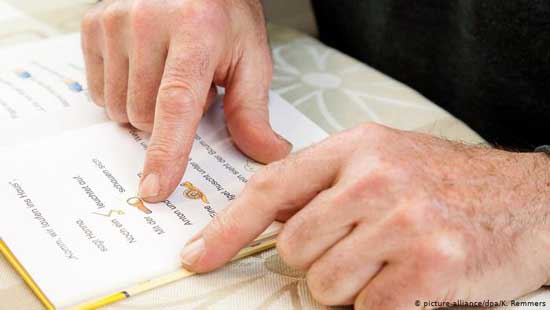 Practicality aside, reading and writing can offer lifelong benefits to brain health. A new study links illiteracy to a higher risk of dementia.

The study, led by author Jennifer J. Manly, Ph.D., of Columbia University Vagelos College of Physicians and Surgeons in New York, was made public on Wednesday in an online issue of the American Academy of Neurology’s medical journal.

Characteristics of dementia include chronic or persistent memory loss, changes in personality, or impaired reasoning. Dementia is most commonly seen in older people.

“Being able to read and write allows people to engage in more activities that use the brain, like reading newspapers and helping children and grandchildren with homework,” said Manly. “Previous research has shown such activities may reduce the risk of dementia. Our new study provides more evidence that reading and writing may be important factors in helping maintain a healthy brain.”

Researchers looked at rates of dementia among people with low levels of education living in northern Manhattan. Many of the subjects were from rural parts of the Dominican Republic, where they had limited access to education.

The 983 test subjects had an average age of 77 and four or less years of schooling. At the beginning of the study, they were divided into two groups, those who could read and those who could not, and given medical exams and memory and thinking tests. These were repeated at follow-up evaluations every 18 months to 2 years.

Results of the experiment show that 35% of the 237 illiterate participants already had dementia at the beginning of the study, compared to just 18% of literate participants. After compensating for variables, for instance the higher likelihood that those who cannot read are less wealthy or more likely to die younger, the researchers said this equated to a three times greater risk of dementia for those who could not read.

Of those who did not have dementia at the start of the study, follow-up evaluations four years later revealed that 48% of illiterate participants had developed dementia, versus just 27% of literate participants. Adjusting for the same variables, the research showed that the subjects who could not read or write were twice as likely to develop dementia.

The results showed that language skills weren’t the only area that benefited from the ability to read and write.

“Our study also found that literacy was linked to higher scores on memory and thinking tests overall, not just reading and language scores,” said Manly. “These results suggest that reading may help strengthen the brain in many ways that may help prevent or delay the onset of dementia.”

The report suggests that investing in initiatives to help people learn to read and write could help in reducing rates of dementia.