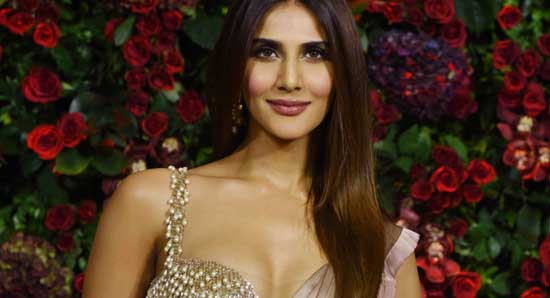 New Delhi (Sputnik): Bollywood actress Vaani Kapoor, who recently starred in the movie “War”, is being slammed on social media for wearing a Lord Ram printed top. Netizens are demanding action against her for “hurting their religious sentiments”.

Vaani, who can be seen wearing a salmon pink low-cut top with “Hare Ram Hare Krishna” in Devanagari script printed across it.

The actress has shared the picture on her Facebook account with caption “Don’t’ take life too seriously. Nobody gets out alive”.

However, the post did not go well with netizens as they pounced on her in the comments section and lambasted her for wearing a “provocative top” and “hurting their religious sentiments”.

The picture has triggered name-calling with demands of immediate action against the actress and an apology from her.

​Some of Vaani’s fans came to her defence and said there is nothing wrong with the top or the print as sages (sadhus) in India also wear clothes with similar prints.

​Vaani is known for her work in Bollywood films “Befikre”, “War”, and “Shuddh Desi Romance”. She is currently shooting her next film “Shamshera”. The actress won the Filmfare Award for Best Female Debut for Shuddh Desi Romance in 2013.