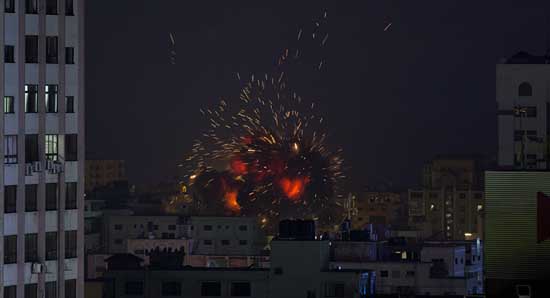 The Israel Defence Forces (IDF) and Palestinian militants clashed earlier in the week, with tensions escalating after the army eliminated commander of the Palestinian Islamic Jihad Baha Abu al-Ata.

Clashes between the Israeli military and Palestinian militants are expected to continue, as alarm sirens sounded in Kibbutzim Erez, Yad Mordechai, and in Moshav Netiv HaAsara this morning, according to official information.

The Palestinian Ministry of Health, meanwhile, has reported that at least 32 people have died since the beginning of the Israeli airstrikes this week.

According to local media, citing sources, the Islamic Jihad greenlighted a ceasefire, brokered by Egyptian mediators, with the IDF allegedly pledging to suspend the operation against the group if the militants stop firing rockets at Israel. Tel Aviv is reportedly demanding that Palestinians cancel the March of Return rallies, scheduled for this Friday.