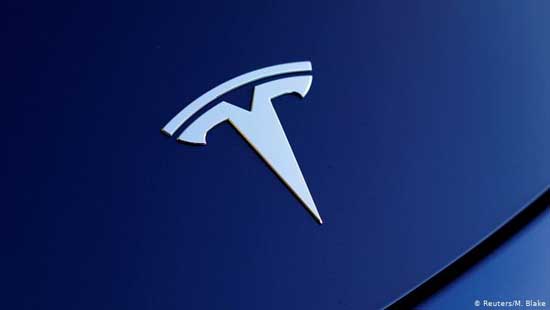 In typical Elon Musk style, he almost casually announced plans to build the European Tesla factory on the outskirts of Berlin. For German carmakers the plans have come just at the right time, says DW’s Henrik Böhme.

Let’s pretend for a moment that Berlin’s huge new airport has been operational for some time. Then, the new Tesla factory could have even been built on the site of the old Tegel airport — and thus in Berlin itself.
But it seems that the rumors about the Berlin-Brandenburg airport disaster — with its opening delayed until at least next year — has spread to Tesla’s board room because the hectic and not uncontroversial Elon Musk could not resist cracking a joke at its expense. Tesla certainly aims to get its new factory finished much faster than the troubled airport’s planners (construction began in 2006).
The new Tesla facilities — called a Gigafactory because Elon Musk always likes to go one bigger — will now be built in a little-known place called Grünheide, to the southeast of Berlin, close to what may be, eventually, the new airport. Above all, it is being built in the state of Brandenburg, which means the neighboring state and city of Berlin will miss out on any trade taxes generated from the project.
Speed is of the essence
The interstate rivalry probably doesn’t much interest Musk, unless he simply doesn’t trust the Berliners to be quick enough. Despite its tiny size, Berlin still has plenty of space to settle, especially in the eastern part. But Musk is in a hurry, and the new factory must be built fast.
Why? Because Germany’s car manufacturers have (finally!) recognized the sign of the times and are stepping up their investment in electric-powered cars. And I’m sure Musk must have noticed that Volkswagen, a little over a week ago, gave the go-ahead for its own electric car factory in Zwickauin the Eastern state of Saxony. Once the plant is retrofitted from combustion-engine to electric car production in 2021, the world’s largest auto manufacturer wants 330,000 purely electric-powered vehicles to run off its production lines every year.
But that’s not all: two other VW facilities in Germany are just starting to be retrofitted, and VW is now also adding electric car factories in China and the United States.
If Tesla was initially a laughing stock, it will soon be a serious competitor to Germany’s automakers. The ambitious startup has had problems with mass production and is carrying around a gigantic mountain of debt. So if VW, the world’s largest volume manufacturer — besides Toyota — enters the fray in such an ambitious way, albeit belatedly, then this is a serious threat for Tesla. Therefore, Musk’s decision to build a plant in Germany must be seen as a declaration of war.
New jobs at the right time
Even the so-called luxury car segment, in which Tesla predominantly plays, its biggest competition comes from Germany — Porsche with its Taycan, Audi with the E-Tron series and Daimler’s Mercedes EQC. Even in China, where Tesla has built up its third Gigafactory in just 10 months and test production has just started, dozens of direct competitors such as Byton, Wey and Hongqi are lined up in the starting blocks. Tesla’s decision to produce cars in Germany means the race for electric car supremacy is now underway in the same country where the first car engine was invented.
Despite many unanswered questions, the new factory is great news for people in the region. Several thousand new jobs will be created, and they couldn’t come at a better time. Just south of the planned factory — in Lusatia — thousands of jobs are set to be lost as a result of the decision to phase out lignite (brown coal) extraction.
Bets are now being taken on which project will be finished sooner — the new Berlin airport or Tesla’s German Gigafactory?
DW