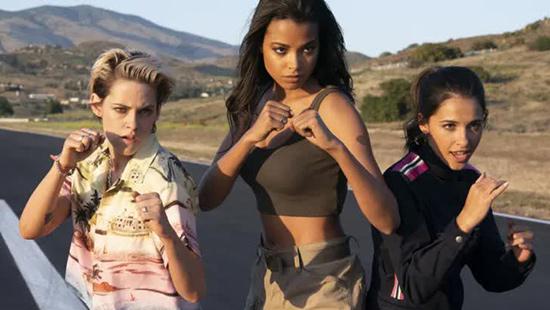 In this round-up our reviewers critique movies released this week: from big blockbuster to local, foreign and sometimes obscure films that deserve the spotlight. Which ones are worth the cost of a ticket?

What most people remember about the TV debut of Charlie’s Angels in 1976 is Farrah Fawcett’s hair. The original Angels were frequently derided by feminists as action Barbies in thrall to their unseen boss, Charlie. The series was brought to the big screen in 2000 with a new team, spawning a sequel before it faded away. Now the Angels are back in a version written and directed by Elizabeth Banks, who made her debut as a director with the box-office hit Pitch Perfect 2. “Banks is shaping up as one of Hollywood’s most adaptable talents but she faces quite a job in rejuvenating the Angels for the #MeToo era,” says reviewer Sandra Hall.

“Banks has tackled the job by doing away with Charlie, but his agency has outlived him, expanding into a global corporation. And Bosley, once the name of his assistant, is now an executive position. There are many Bosleys. The oldest is about to retire, played by Patrick Stewart, and Banks is cast as the first female Bosley. Appropriately enough, the Angels will be answering to her as their Bond-like itinerary sends them speeding all over the map. A lot of attention is paid to the scenery and the gadgetry, which is supplied by their Q counterpart, Saint (Luis Gerardo Mendez), who also dispenses nutrition advice and wardrobe tips.

The Angels retain residual traces of earlier models. Kristen Stewart’s Sabina is the wisecracking wild card, Ella Balinska’s Jane is the straight-faced one – ex MI6 with a major in martial arts – and Naomi Scott is the new girl, co-opted to the cause after she becomes a corporate whistleblower outraged by her boss’ determination to market the product she invented while it’s still unsafe. Admittedly, Scott is not exactly typecasting for the role of a gifted scientist, but that becomes part of the theme – that it’s a mistake to assess women’s abilities according to their appearance.

While Banks gets her main characters arranged on the board, she’s by now introduced a preponderance of condescending males in need of re-educating and it’s already clear the Angels can’t wait to get started.

The regular eruptions of firepower are choreographed so smoothly you can just about forgive the implausibilities. There’s a jaunty feel to it all, together with a few well-placed plot twists, lots of good-humoured banter and the usual fun to be had from the Angels’ fondness for disguise.

Form-fitting outfits are still a big feature of the package, but the emphasis is on ‘activewear’ and the script leaves the team little time for flirting. Camaraderie is the thing and Banks is smart enough to find ways of sending up the original while displaying a nostalgic affection for it.”

Adam Driver stars as US Senate investigator Daniel Jones, who is asked to look into the CIA’s use of torture following the September 11 attacks; a task he’s led to believe will take about a year. But Daniel and his small team of helpers soon run into obstacles, including the fact that no one from the CIA is willing to speak to them. Years later, the document they’ve compiled is longer than the Bible, with no end in sight – and even when their work is done, there’s no guarantee it will ever see the light of day. “The Report, which Scott Z. Burns wrote and directed, could belong to a lost Kafka novel”, says reviewer Jake Wilson.

“This is, of course, a true story, though it’s hard to judge the accuracy of certain details. Take the basement office supplied to Daniel and his team, an airless cage with initially, for security reasons, no printers. Is all this founded on fact, or has Burns allowed himself some poetic licence?

The same question applies to the mocking presentation of secondary characters, like the buffoonish ex-air-force psychologists who enthusiastically OK waterboarding and other torture methods. Still, the whole story is startling enough that once one element is accepted the rest isn’t too hard to swallow.

Burns has been lucky in his actors, starting with Driver, whose performance is one long slow burn. Daniel approaches his task as a sober pro, but gradually his outrage takes over his whole body: the adult man, in close-up, appears to give way to the solemn high school boy we can imagine once dreamed of a responsible position in government.

The foil to all this is the caution of Daniel’s boss Dianne Feinstein (Annette Bening), a Democratic senator but a conservative by temperament. As usual, Bening gives us a detailed portrait full of believable contradictions: a woman with principles who has learned how to work the system, carefully groomed yet faintly awkward.

With a mainstream American audience in his sights, Burns himself has to exercise some caution, especially when it comes to the question hanging over the film: how far were the CIA’s actions truly a betrayal of American principles, as opposed to an extension of business as usual?

But The Report doesn’t pull all of its punches. While the events Daniel is investigating took place on George W. Bush’s watch, we’re shown how the Obama administration likewise strove to keep them quiet.”

The Report is screening at selected cinemas before its release on Amazon Prime on November 29.