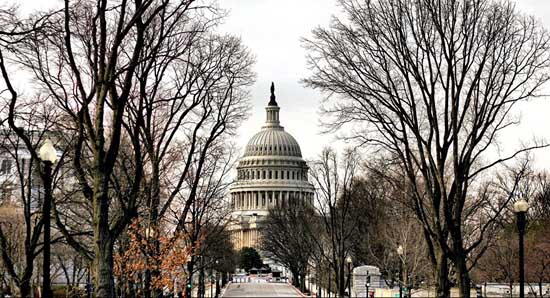 U.S. oil producers are preparing for an abrupt change in federal government policies in case a Democrat wins the 2020 vote, with almost 3 million barrels in daily production at stake if this happens.

This is the average amount of oil produced on federal land, according to Rapidan Energy Group, which also said, as quoted by S&P Global Platts, any curb on oil production would also hamper the development of the Permian, the Bakken shale, and the National Petroleum Reserve in Alaska.

Such a curb would be all but certain. Climate change seems to be the top priority for Democratic voters, so candidates are delivering: each and every one of them has a climate change plan or at the very least the firm intention to address climate change. All the plans announced so far are on the general side and set to cost trillions of dollars, which has made some skeptical they could work.

Yet the Democrat hopefuls’ hawkish stance on energy is unlikely to change, which means the danger for U.S. oil is very real.

“While only a fraction of production on private lands, federal land crude production is roughly equivalent to the total production of Kuwait, and policies that disrupted output on them would ripple through the global market,” Rapidan analysts wrote in a note to clients. “In addition to limiting current production, policies would negatively impact investor sentiment and plans for future growth on private lands.”

One might argue that investor sentiment is already bearing the negative impact of low shareholder returns and low oil prices. There is also an argument in favour of production curbs as a means to strengthen prices.

OPEC did and it worked, sort of.

Canada did it and it worked there, too, sort of. Curbs lead to higher prices, as any OPEC member would tell you.

However, in this case, these higher prices will benefit not just U.S. producers but others, as well, in the same way the OPEC+ cuts benefited U.S. shale drillers.

“I think any efforts to ban fracking or restrict supply will not remove demand for the resource,” said Exxon’s vice president Neil Hansen at the company’s latest conference call. “If anything, it will shift the economic benefit away from the US to another country and potentially impact the price of that commodity here and globally.”

Hansen’s stance is in tune with that of Ben van Beurden, the chief executive of Shell. In a recent interview with Reuters, Van Beurden said the world will continue to demand oil whatever climate change activists say or do.

“Despite what a lot of activists say, it is entirely legitimate to invest in oil and gas because the world demands it,” Van Beurden said. “We have no choice,” he added, referring to long-life oil and gas projects.

In other words, whoever is in the White House, the world—and the United States—will continue to be thirsty for oil. How much of this oil will be pumped locally, from the Permian and the Bakken, and the Gulf of Mexico, and imported from Saudi Arabia and Kuwait, will depend on the next administration and the next Congress.

After Americans have been reaping the benefits of fast-growing local production for years now, chances are, if a Democrat indeed wins the vote, they might want to adjust their strict climate policies to avoid angering millions of people.