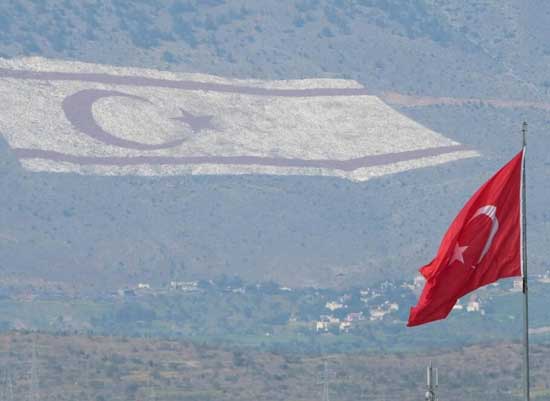 Turkey’s president said on Nov. 14 his nation will never allow anyone to usurp the Turkish Cypriots’ rights on hydrocarbon resources.

The statement was part of a message Recep Tayyip Erdoğan delivered to mark the 36th anniversary of the founding of the Turkish Cyprus to be celebrated on Nov. 15

“My Turkish Cypriot brothers crowned their state, which they established with great struggles and sacrifices, with their achievements in democracy and economy,” he said. “However, their efforts to reach a just, lasting and sustainable political solution on the island have not been answered on the south of Cyprus.”

Stressing the Greek Cypriot side is not willing to share the island with Turkish Cypriot people on the basis of political equality, Erdoğan said the isolation of Turkish Cypriots, who have shown every possible convenience for the political solution, has been persistently maintained.

“On this day of pride, we once again share the enthusiasm and joy of independence of the Turkish Cypriots, which we see as an integral part of the Turkish nation,” Erdoğan stated.

“I respectfully honor our martyrs and hero veterans, and wish the TRNC and Turkish Cypriot people a peaceful, safe and prosperous future from my Lord,” Erdoğan said.

Turkey, as a guarantor nation for the Turkish Republic of North Cyprus (TRNC), is currently carrying out hydrocarbon exploration activities in the Eastern Mediterranean with two drilling vessels, Fatih and Yavuz, along with Oruc Reis and Barbaros Hayrettin Paşa seismic vessels in the same region.

Ankara has consistently contested the Greek Cypriot administration’s unilateral drilling in the Eastern Mediterranean, asserting that the Turkish Cyprus also has rights to the resources in the area.

“No one, especially the European Union, has the right to turn the Turkish Cypriots into the captive of the Greek Cypriot games,” Erdoğan said.

“Turkish efforts for a just and sustainable political solution on Cyprus was not reciprocated by the southern side,” he added.