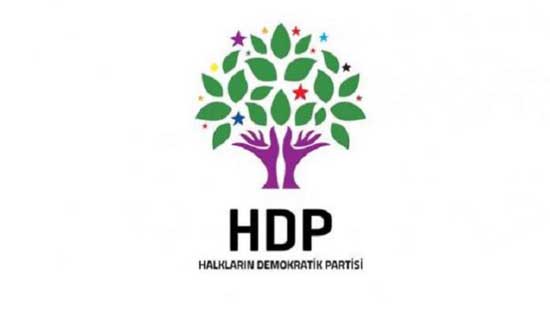 In addition to Müslüm Kılıç, the HDP branch co-chair, other HDP members were among the detainees.

Police conducted a wide-ranging search of HDP buildings in the city and nearby districts.

According to a statement issued by the prosecutor’s office, the suspects are accused of membership in the Kurdistan Workers’ Party (PKK) terrorist group, which has been waging a decades-long insurgency in Turkey’s Southeast.

President Recep Tayyip Erdoğan and his government accuse the HDP of links to the PKK, leading to the prosecution of thousands of its members and some leaders. The HDP denies such links.

Since the local elections in March, 20 mayors from the HDP have been dismissed by the Interior Ministry due to alleged terrorism connections.