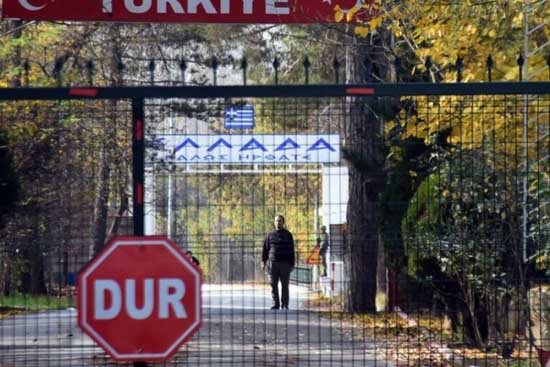 An American man suspected of being a member of the Islamic State in Iraq and the Levant (ISIL) group is being repatriated to the United States after spending three days in a no man’s land between Turkey and Greece, Turkey’s Interior Ministry said on Thursday, The Associated Press reported.

The US agreed to take him in and will provide him with travel documents, the ministry said, adding that the repatriation was underway.

The move comes a day after Turkish President Recep Tayyip Erdoğan met with US President Donald Trump in Washington.

The man was stuck in the heavily militarized border zone after Turkey tried to expel him to Greece on Monday but Athens refused him entry. Turkish media have identified him as 39-year-old Mohammad Darwis B. and said he was an American citizen of Jordanian background.

The ministry said Thursday the man had asked to be deported to a “third country” and chose Greece.

He had been spotted in the no man’s land for three straight days. Media reports said Turkish authorities allowed him to spend the night in a vehicle, where he was fed.

Turkey has engaged in a new push to deport foreign ISIL members who are held in Turkish prisons or in Syria since it invaded parts of northeast Syria to drive away Syrian Kurdish fighters it considers to be terrorists from a border area.

Three foreign ISIL suspects — from the United States, Denmark and Germany — were deported on Monday.

The Interior Ministry said Thursday that procedures to expel seven German citizens and one British citizen to their home countries were continuing, without saying when they would be deported. Earlier, a ministry spokesman had said seven Germans would be sent home on Thursday.

Meanwhile, the Interior Ministry also said Thursday that a wanted ISIL suspect was detained by counterterrorism police in a raid in Istanbul after he illegally crossed into Turkey from Syria. The ministry said the man, it identified as Mevlüt Coşkun, was being questioned by police.