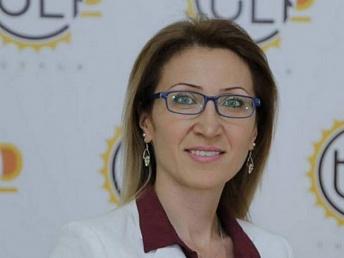 YEREVAN, November 15. /ARKA/. The Bright Armenia opposition parliamentary faction criticized today the government for the failure to fulfill the projected capital expenditures, when the parliament was debating a draft budget for 2020.

“My MP fellows here are talking about a drop in the ratio of public debt to GDP, which could have been considered a good indicator if you did not know the real reasons behind that,” MP Mane Tandilyan said, speaking on behalf of the faction.

According to her, the fact is that capital expenditures, which have not been fulfilled over the past several years, were mainly financed by credit funds. The public debt has reduced due the failure of the government to fulfill the capital expenditures

“Is it good or bad? Of course, it’s good that the pubic debt has reduced, but I want the reasons behind that to be mentioned as well,” she said.

Then Tandilyan provided statistic data on the fulfillment of capital expenditures. “For example, in 2015 the figure was 99.5%, in 2016 – 101.7%, in 2017 – 89%, and as of late October 2019 – 28.6%. If debt reduction is good and justifies a reduction in capital expenditures, then, with all due respect to the fight against corruption, our economy will suffer because of the limitations of our capabilities, ”she said.

Earlier, the Minister of Finance Atom Janjughazyan said the share of state capital expenditures earmarked for the development of infrastructures in the 2020 draft budget increased from 2.8% of GDP to 5%.