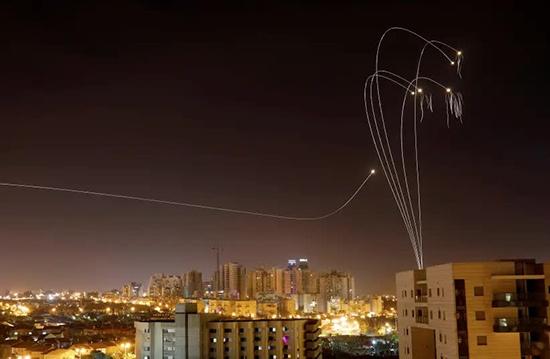 Despite announcement of ceasefire, intermittent rockets have continued to be launched by Palestinian Islamic Jihad in Gaza

The IDF responded to by conducting airstrikes on targets belonging to Hamas, the IDF said.

The IDF’s Spokesperson’s Unit said that two rockets fired from Gaza were intercepted by the Iron Dome missile defense system.

Israel came under rocket fire once again, following a ceasefire that was announced early Thursday.

Magen David Adom paramedics provided medical attention to nine people, all of them in mild condition, including five for anxiety and four who fell on their way to bomb shelters.

The rocket attack came nearly two days after a tenuous ceasefire ended a flare-up in cross-border violence between Israel and the Palestinian militant group Islamic Jihad.

Several Israelis have been injured since clashes erupted on Tuesday morning between the IDF and Palestinian Islamic Jihad (PIJ), following a targeted strike of a senior commander Bahaa Abu al-Ata.

The tense exchanges disrupted life for Israelis living in the South, up to Tel Aviv, leading to school closures, as well as directives to shut down businesses not near a bomb shelter.

Over 400 rockets have been fired since the death of Bahaa Abu al-Ata, attributed to PIJ, while Hamas and other minor factions have avoided getting involved in the round of fighting. Fifty-eight Israeli civilians have since been injured as a result of the fighting.

——
Correction: An earlier version of this report said the IDF hit PIJ targets.