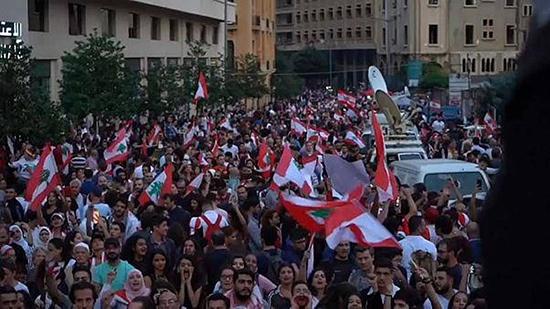 Since October 17, protests in Lebanon have raged against corrupt political elites which pushed Hariri to dissolve his Cabinet.

BEIRUT: The search for a new Prime Minister has been brought back to square one after former Finance Minister Mohammad Safadi pulled out as a candidate

“I felt that it is difficult to form a homogeneous government supported by all political parties, able to take immediate measures to put an end to the economic and financial deterioration and respond to the aspirations of the people on the street,” Safadi said in a statement.

His name rose to prominence after a meeting between representatives from Amal, Hezbollah and current caretaker PM Saad Hariri, who had expressed his willingness to support the former minister and MP.

Hariri had promised to throw his full support behind Safadi, Free Patriotic Movement sources say, noting that Hariri promised to secure the backing of Lebanon’s grand mufti, the top cleric for Sunni Muslims, and former prime ministers, to nominate Safadi. This, however, failed to materialize, according to sources, which prompted Safadi to withdraw his candidacy.

Sources also say that the FPM suggested the designation of Safadi after their earlier proposals were rebuked by allies or rivals.

Hezbollah and Amal had rejected the formation of a technocrat Cabinet while Hariri refuses to head a techno-political government.

Since October 17, protests in Lebanon have raged against corrupt political elites which pushed Hariri to dissolve his Cabinet.