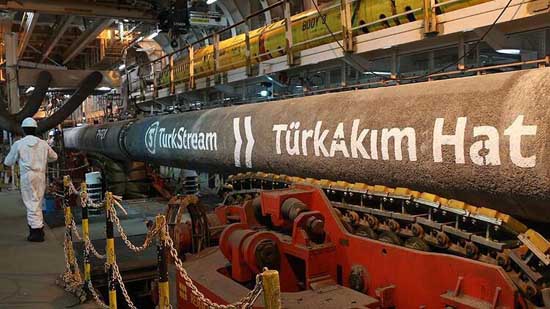 The TurkStream natural gas pipeline project, which will carry Russian gas to Turkey, is expected to be finalized by the end of 2019, according to the energy and natural sources minister.

“If all goes well, we will finish the project by the end of this year,” said Fatih Dönmez.

The minister’s remarks came in the western Thracian province of Kırklareli, where he assessed the ongoing TurkStream works.

The TurkStream project is an export gas pipeline consisting of two 930-kilometer lines each with a capacity of 15.75 billion cubic meters. The pipeline is set to cross beneath the Black Sea from Russia to Turkey and further extend to Turkey’s borders with neighboring countries. The first line is intended for gas supplies to Turkish consumers, while the second is to supply gas to south and southeastern Europe.

The project kicked off with an agreement hammered between Turkey and Russia on Oct. 2016.

“These projects are very important not for just our country, but also for the security supply of Europe,” Dönmez said.

There are two pipelines entering water in Kırklareli’s Kıyıköy district, the minister said.

“We connect TurkStream-1 to the main national transmission line of BOTAŞ [Petroleum Pipeline Company], with a 69-70-kilometer distance,” he said.

Dönmez also added that the second pipeline will be transferred to Europe from Kırklareli’s Malkoçlar neighborhood, which is near the Bulgaria border.

European states are dependent on foreign countries regarding energy sources, according to Dönmez.

“They have been trying to provide energy security with reliable routes for years,” he said. Turkey, in this sense, became an important partner for Europe, he added.