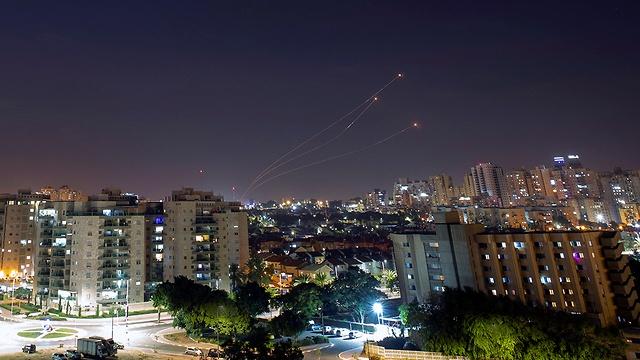 Opinion: Despite Netanyahu’s proclamations of victory following the latest round of cross-border fighting, Hamas and Islamic Jihad are still there, and only long-term ceasefire arrangement with the Palestinian factions will bring about a significant period of relative quiet

“We won,” said Prime Minister Benjamin Netanyahu at the end of last week after yet another round of fighting in the Gaza Strip. He then went back to taking care of his main political objective – maintaining the power of his right-wing and religious bloc.

But early Saturday morning, two days after the so-called truce had been reached, the southern city of Be’er Sheva was targeted by rockets from Gaza, spoiling the prime minister’s rosy portrayal of events. The portrayal that overlooked hundreds of projectiles that had sent hundreds of thousands of Israelis in the south looking for shelters.

In the ten years of Netanyahu’s tenure as prime minister, his government’s stated position has always been that “Quiet will be answered with quiet.”

Despite having a nice ring to it, this slogan demonstrates Israel’s lack of ambition to finally reach a resolution in the face of repeated attacks from the terror groups across the southern border, as well as any effort to solve the humanitarian crisis besieging Gaza’s civilian population.

Therefore, a close examination of this policy – which should really be called “Lies will be answered with lies” – shows that Netanyahu is peddling the misleading notion that there is no solution to the growing threat from the Strip, except civilians cowering under the protection of the Iron Dome and hoping for the best. And, most importantly, after each round of violence it’s crucial to pronounce victory over the enemy no matter the facts on ground.

Last week’s flare-up, dubbed “Operation Black Belt” by the IDF, began after Israel assassinated a top Islamic Jihad military commander, Baha Abu al-Ata. The operation was successful in weakening the Iranian-backed group without disturbing the rulers of Gaza – Hamas – which appeared to have stayed on the sidelines during the fighting.

But Hamas is still there, and it never really distanced itself from the second largest terror group in the Strip, nor would they ever be complicit in its destruction. Furthermore, any potential long-term ceasefire arrangement with Hamas would require the agreement of the Islamic Jihad as well.

And the arrangement, which imply direct negotiations with Gaza’s rulers, is the only thing that would bring about a significant period of relative calm on the southern border and ease the lives of the local residents.

As in every round of fighting in the south, the way the events are covered in Israeli media has the same pattern, and they all go back to

Netanyahu’s 2009 on camera monologue during the first Gaza war, dubbed “Operation Case Lead.” In that speech, then candidate Netanyahu, promised to “bring down Hamas” if his Likud party is elected over the ruling Kadima.

The same fate most likely awaits the newly appointed Defense Minister Naftali Bennett, who in the past made ardent statements, calling for fire and furry to be rained on the Strip, but now sounds surprisingly subdued.

Let Netanyahu and Bennett be, and judge them based on what they are doing right now.

In the meantime, on Wednesday Blue and White leader Benny Gantz will probably announce that he has been unable to form a coalition and will return the mandate to establish the new government back to President Reuven Rivlin. The president will then begin a round of talks with faction leaders in the hopes of averting an unprecedented third election.

Gantz and the Blue and White party came into existence in order to remove Netanyahu from leadership and it’s the party that received the greatest number of votes during the September 17 elections. Therefore, there’s no justification for Netanyahu to continue holding on to power as part of a unity government.

Everyone involved in our political stir-fry should look at how the common ground of our existence has been trembling over the past ten years and decide where they want to go from here.