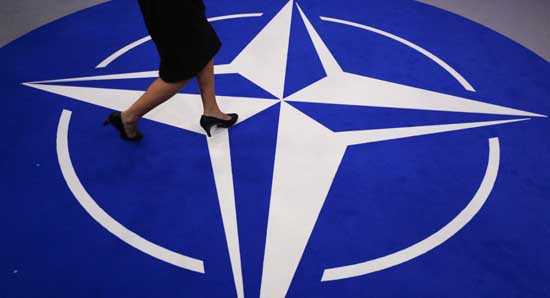 Earlier this month, French President Emmanuel Macron called attention to the ongoing crisis in NATO, telling The Economist that “we are currently experiencing . . . the brain death of NATO” and Europe “must regain military sovereignty”.

The United States, along with Turkey, is the “grave digger of NATO”, since they have been taking advantage of the alliance exclusively for their own benefit, believes Bundestag deputy and Foreign Policy representative of the parliamentary group Die Linke (The Left) Alexander Neu.

“Until recently, the United States exclusively pursued its own interests, including through NATO, and for several years now we’ve witnessed Turkey doing the same… NATO is eroding, and I can only welcome it,” Sputnik quotes Neu as saying.

At the same time, he noted that the alliance cannot make the same contribution to stability in Eurasia as a real rapprochement between Western Europe, the United States and Russia.

The statement comes almost a week after French President Emmanuel Macron called on Europeans to step up defence efforts due to no longer being able to rely on NATO.

“What we are currently experiencing is the brain death of NATO”, Macron said, referring to a lack of coordination and US unpredictability under President Donald Trump.

However, German Chancellor Angela Merkel, along with NATO Secretary General Jens Stoltenberg, berated Macron for his “drastic words” and argued that NATO must remain a key pillar of Germany’s security.

Nonetheless, the dramatically-worded statement by the French President echoed calls made by Macron and Merkel last year that the EU should have a “real European army” independent of the United States and NATO, to be able to defend itself from perceived threats.

Europe “does not need American LNG”

The German parliamentarian Alexander Neu went on to say that Europe does not need American liquefied natural gas, and the EU and Germany should impose counter sanctions if Washington goes ahead with its promised package of measures against companies participating in the Nord Stream 2 project.

“We are calling for reciprocal sanctions against the United States. Of course, we need to carefully consider what these measures would entail, but if, for example, Washington were to slap sanctions on German or Swiss companies involved in pipe laying in the Baltic Sea, then the EU or Germany ought to consider imposing appropriate counter-sanctions that affect US imports or goods. We in Europe do not need American LNG.”

Once completed, the 1,230 km pipeline will double Nord Stream’s existing capacity for delivering gas to Europe, from 55 to 110 billion cubic meters per year, and turn Germany into a gas hub.Nord Stream 2 pipeline being laid.

In the effort to sell its own, more expensive liquefied natural gas (LNG) to Europe, the US and its Polish, Baltic and Ukrainian allies have sought to stop Nord Stream 2, with the Trump administration threatening to slap sanctions on European companies involved in the project.

Washington has been insisting its threats are aimed at “protecting” Germany and Europe from becoming overly reliant on Russian energy supplies.

Earlier, the German parliament passed a bill regulating the application of amendments to the EU Gas Directive in Germany, which affect the Nord Stream 2 project.

The adopted German legislation stipulates that amendments will not be applied to “the parts of pipelines that are located within the territory of Germany” and are eligible under certain criteria.

The Nord Stream pipeline, thus, will be exempt from the new regulations, being an already built project, while for Nord Stream 2 “the legislative rules must be applied in order for unbundling [separation of energy supply and its ownership] to occur at a 12-nautical-mile segment [22.2 km],” according to the CDU/CSU note for the Committee for energy and economics.

Germany has also hailed as “good news” the move by Denmark last month to grant its permission for construction of a section of the Nord Stream 2 gas pipeline along the Danish continental shelf.

It passes through the territorial waters or exclusive economic zones of Denmark, Finland, Germany, Russia and Sweden along the Baltic Sea floor.