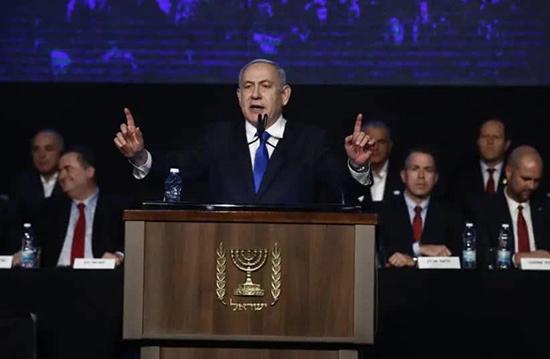 Some Likud members strongly believe Gantz will need the support of Arab-Israeli MKs, whom they consider to be untrustworthy should Israel clash with Palestinian factions.

By LAHAV HARKOV, GIL HOFFMAN  – www.jpost.com
Yisrael Beytenu leader Avigdor Liberman will try his hand at shuttle diplomacy on Monday in meetings with Prime Minister Benjamin Netanyahu and Blue and White leader Benny Gantz as part of a last-ditch effort to form a unity government before Gantz’s mandate ends on Wednesday.

The four leaders of Blue and White decided late Sunday to await the results of Liberman’s meeting with Netanyahu before making a final decision on whether to give up on forming a unity government, and instead build a minority coalition backed from outside by a parliamentary safety net from the Arab Joint List. Liberman said on Sunday evening that he would also meet Gantz on Monday.

Netanyahu railed against the minority government option, saying that a government backed by Arab MKs would endanger Israel’s security.

A third election in one year “would be bad for Israel… but there’s something much worse,” Netanyahu warned, “a dangerous minority government dependent on [Joint List MKs Ayman] Odeh and [Ahmad] Tibi. It would be an existential threat to Israel.”

The remarks were made at what was titled an emergency event for Likud supporters in Tel Aviv. The crowd was filled with people holding signs mostly criticizing the State Attorney’s Office in light of Netanyahu’s expected indictment on corruption charges. Attendees handed out flyers promoting the weekly pro-Netanyahu demonstrations outside Attorney-General Avichai Mandelblit’s home in Petah Tikva.

Netanyahu pointed out that lawmakers in the Joint List have expressed support for terrorist groups that attack Israel, and just last week called IDF soldiers murderers.

“The next 48 hours are critical to understanding if we have a unity government,” Liberman said, adding that he would announce his final decision late Tuesday night.

Netanyahu and Liberman met for an hour on Sunday and agreed to continue speaking on Monday. Netanyahu noticeably made a point of not attacking Liberman in his speech at the rally.

Earlier in the day, Likud and Yisrael Beytenu met and both sides reported progress, calling the discussion “professional and good.” The two parties said they would meet again on Monday, a sign that the talks were serious.

Blue and White is rapidly advancing coalition agreements with both Yisrael Beytenu and Labor-Gesher. Blue and White agreed to Liberman’s demands on drafting yeshiva students, conversion, public transportation and stores remaining open on Shabbat, and enabling egalitarian prayer at the Western Wall.

President Reuven Rivlin said that “it is still possible to build a government,” and that the gaps between the parties were “personal.” He is scheduled to meet with the Likud’s negotiating team on Tuesday, and with the heads of Shas, United Torah Judaism and the New Right on Wednesday.

“There is no need for an additional election,” Rivlin said. “I call upon Likud and Blue and White to get their act together and realize that the public does not want another election.”