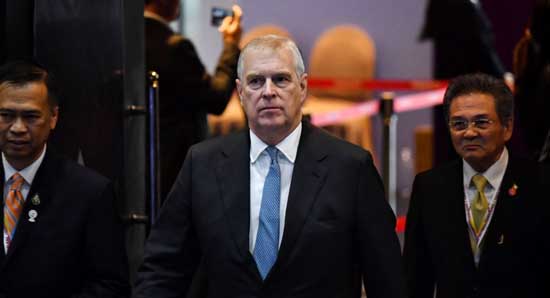 Prince Andrew’s hour-long conversation on BBC Newsnight has raised perhaps even more questions than it was meant to answer, and reports indicate there might be some bad blood in the royal family about it.

Queen Elizabeth II did not approve of Prince Andrew’s decision to give the extraordinary interview on his ties with Epstein and allegations of child sexual abuse, The Telegraph reports, citing royal insiders.

A Buckingham Palace spokesperson said over the weekend that the Queen was “aware of the interview” but not that she approved it.

But one royal source told The Telegraph that Prince Andrew’s private office was seemingly “operating in a silo, which is really quite dangerous because there is a lack of accountability there. Internally, this is being seen as a f**k-up.”

Another royal insider called it “unprecedented” in terms of the lack of limitations that are usually in place when a royal gives an interview.

“Ordinarily you would say to the BBC, ‘He’ll talk about X for 10 minutes but he won’t talk about Y or Z’,” the source was quoted as saying.

This time, Prince Andrew talked about X, Y, Z, and even more. In what was supposed to be his first public comments after months of criticism over his past friendship with Jeffrey Epstein, the Duke of York appeared to have attracted additional scrutiny rather than clear it.

What did Prince Andrew say?

During the interview, he offered a number of alibis when denying ever meeting Victoria Roberts-Giuffre, one of Epstein’s alleged sex slaves, who claimed to have been forced to have sex with Prince Andrew when she was 17.

The Prince took a lot of flak online for recalling that he took his daughter to a children’s party at Pizza Express on one particular day in 2001 when he allegedly met with Giuffre. He also insisted that the photo dated the same year, which shows him wearing dark pants and a light blue shirt and posing alongside Giuffre, had been faked.

As an explanation, he claimed he only wore “a suit and a tie” on a night out in London, although a photo soon emerged of him in the same outfit leaving a nightclub in London in July 2000.

Additionally, the Prince stated that he hadn’t been in contact with Epstein between 2006, when an arrest warrant was issued for the New York financier for sex crimes, and 2010, when he was photographed inside Epstein’s Manhattan mansion.

The Prince said he regrets staying with the convicted sex offender but insisted it was “convenient” and “honourable” to say at Epstein’s even after the latter had served a jail term. He said he went there “with the sole purpose” of breaking up their relationship.

Buckingham Palace did not offer any comments on the interview apart from the above statement, but a former press spokesman for the Queen called it “excruciating”, and a transatlantic backlash followed up soon.

Gloria Allred, an attorney representing five of Epstein’s accusers, lamented that the victims were “completely ignored” in the conversation and called on the Prince to cooperate with American law enforcement officials, who are still looking into the sex-trafficking allegations against Epstein.

“The right and honourable action for Prince Andrew to take now is for him to volunteer to be interviewed by the FBI and prosecutors for the southern district of New York,” she told The Guardian.

“[Prince Andrew] is entitled to deny allegations and defend himself. But where is his apology for being so closely associated with one of history’s most prolific paedophiles?”

In August, sources at Buckingham Palace told The Daily Beast that Prince Andrew will cooperate with the FBI if he is asked to do so.