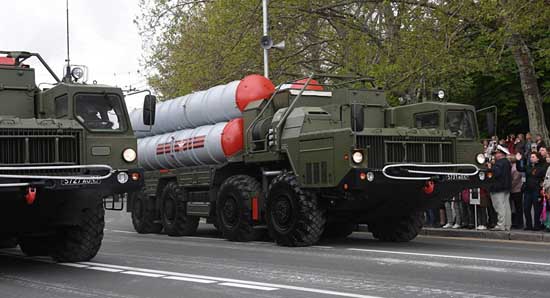 DUBAI (Sputnik) – Under the contract, signed in 2018, Russia should deliver five S-400 systems worth over $5 billion to India.

Russia will fulfill its contract on delivering S-400 missile systems to India in 2025 as it has already received the first advance payment, Rostec State Corporation CEO Sergey Chemezov said on Monday.

“The advance payment has been conducted. I do not want to specify the exact figure, but we have received the advance payment. We have already launched production, work is underway, and everything will be done in compliance with the schedule. The contract should be fulfilled in 2025”, Chemezov told reporters at an exhibition in Dubai.

India and Russia signed a $5.43 billion contract for the purchase of five S-400 missile defence systems, despite US threats to slap sanctions on any country that buys from Russia’s defence sector under CAATSA.

Russia’s Federal Service for Military-Technical Cooperation said on Sunday that several Middle Eastern countries have expressed interest in Russia’s S-400 air defence system, while Russia and Riyadh are currently discussing terms for a 2017 deal the two sides signed on the delivery of Russian S-400 air defence systems to Saudi Arabia to go into effect.