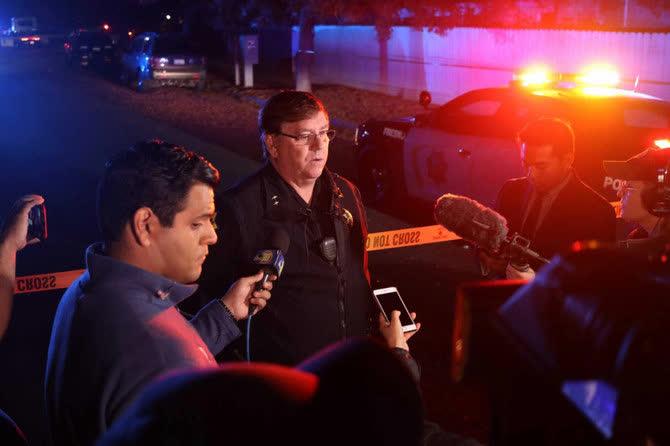 Fresno Police Lt. Bill Dooley speaks to reporters at the scene of a shooting at a backyard party Sunday, Nov. 17, 2019, in southeast Fresno, California (AP)

Police were called to the scene after at least two people snuck into the backyard of a home in Fresno, around 200 miles (320 kilometers) north of Los Angeles, and opened fire.

“What we found were several individuals deceased in the backyard,” said Fresno police spokesman Bill Dooley.

Local media outlets reported that four people were killed. Police have not released a death toll but said nine people had been shot in the attack.

Dooley said police were looking for surveillance footage and witnesses to track the suspects.