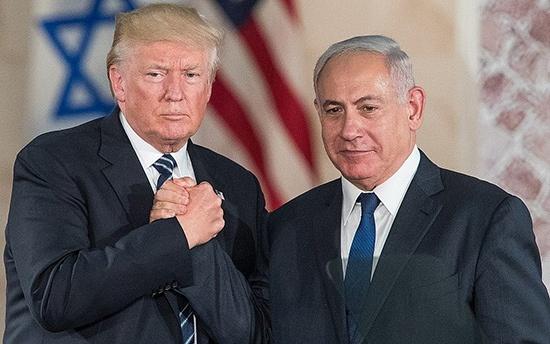 Former Mideast peace negotiator says move meant to ‘dismantle the core elements’ of the attempt to achieve a two-state solution.

WASHINGTON — The US declaration Monday that the settlements do not violate international law — reversing decades of American foreign policy — was, according to former Mideast peace negotiators, the logical next step of the Trump administration’s efforts to reframe the basis by which Israeli-Palestinian peace negotiations take place.

Previous policy decisions have had a similar effect: from recognizing Jerusalem as Israel’s capital and moving the embassy there, to withholding funding from the United Nations agency responsible for Palestinian refugees and seeking to redefine eligibility for refugee status.

“The administration has gone about dismantling the core elements that have constituted a traditional approach to a two-state solution,” said Aaron David Miller, a State Department veteran who worked under both Republican and Democratic presidents. The latest move “fits within the broader context of what the administration has been involved in,” he said.

But the timing of the announcement — two days before Blue and White chief Benny Gantz must form a government or see Israel face new elections — adds another dimension.

It seems, at least in part, designed to bolster Prime Minister Benjamin Netanyahu as he faces one of the toughest political battles of his life.

“I tend to think this was in the works for a while, and this was something that Netanyahu wanted credit for,” said David Makovsky, a special envoy to Israeli-Palestinian negotiations during the Obama administration. “He sees this as kind of unfinished business from his tenure. I think it’s related to that and I tend to think there was a mind meld between Netanyahu and Ambassador David Friedman.”

Friedman, US President Donald Trump’s envoy to Israel, is a longtime supporter, financial and otherwise, of the West Bank settlements.

Indeed, a senior Israeli official told reporters on the condition of anonymity that Netanyahu had been pushing for the policy change “for a number of months.” The issue was advanced with the Israeli National Security Council and the department for international law at the attorney general’s office, the official said.

“This policy reflects a historical truth — that the Jewish people are not foreign colonialists in Judea and Samaria,” Netanyahu said in a statement, referring to the West Bank by its biblical name.

The move culminated in Secretary of State Mike Pompeo repudiating, in a news conference Monday, a 1978 State Department legal opinion that held that civilian settlements in the occupied territories are “inconsistent with international law.”

The Trump administration views the opinion, the basis for longstanding US opposition to expanding the settlement enterprise, as a distraction and believes any legal questions about the issue should be addressed by Israeli courts, Pompeo said.

The decision is part of a line of others that have weakened Palestinian efforts to achieve statehood.

The effect, Miller told The Times of Israel, will send a message to Israel that it’s okay to build more settlements in the West Bank — land that Palestinians see as their own for a future state.

“They have essentially green-lighted and validated — in an assertive act that was not necessary — the main transgression on the Israeli side that essentially has made the prospects of a [peace] settlement remote,” he said.

“I suppose domestic politics is part of it and throwing some lifeline to Netanyahu several days before Gantz’s time’s up might have been part of the calculation,” he added.

Makovsky said he wanted the White House to put out a statement clarifying that it is not condoning settlement expansion. “I hope the administration clarifies that this is not a call to start building settlements everywhere and make a two-state solution impossible,” he told The Times of Israel.

Progressive American Jewish groups accused the Trump administration of using American foreign policy to help Netanyahu politically, all the while subverting US interests in the process.

“Coming at a moment when Prime Minister Netanyahu is struggling desperately for political survival and faces imminent indictment for corruption, the timing of this announcement can only be read as last-ditch attempt to boost the prime minister’s personal prospects,” said Jeremy Ben-Ami, who heads the liberal Zionist group J Street.

“The president and his advisers have given the Israeli government carte blanche to expand settlements, entrench occupation and move toward formal annexation of the West Bank,” he went on. “By discarding decades of bipartisan US policy and flagrantly disregarding international law, they are trampling on the rights of Palestinians and helping the Israeli right-wing to destroy Israel’s future as a democratic homeland for the Jewish people.”

Settler leaders and right-wing politicians, meanwhile, called for the annexation of the West Bank or at least for implementing Israeli law in the settlements, a move that Netanyahu has vowed to enact in the last two election cycles this year.