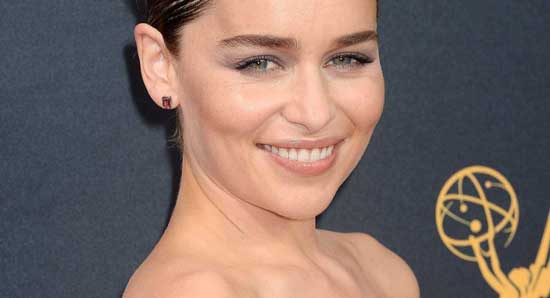 Recalling what she experienced while performing naked during the making of the HBO series, Emilia Clarke also mentioned the name of the man who helped her feel comfortable on set.

English actress and HBO’s “Game of Thrones” series star Emilia Clarke has made a surprising reveal about how she handled a potentially questionable proposal at one of the projects she worked on.

Speaking during an Armchair Expert podcast, Emilia mentioned how she was told that not stripping during some scenes would be a disappointment for GoT fans, adding that she’s actually “a lot more savvy” now with what she feels comfortable with.

Reminiscing about the nude scenes in the Game of Thrones, the actress who played the role of Daenerys Targaryen recalled how, despite coming to terms with doing them beforehand, after reading the script, she found herself unsure about what she was supposed to do and what was expected of her after actually appearing “on a film set completely naked with all of these people.”

“Regardless of there being nudity or not, I would have spent that first season thinking I’m not worthy of requiring anything, I’m not worthy of needing anything at all,” she said. “Whatever I’m feeling is wrong, I’m gonna cry in the bathroom and then I’m gonna come back and we’re gonna do the scene and it’s gonna be completely fine.”

“It was definitely hard. Which is why the scenes, when I got to do them with Jason, were wonderful, because he was like, ‘No, sweetie, this isn’t OK.’ And I was like, ‘Ohhhh,'” Clarke added.