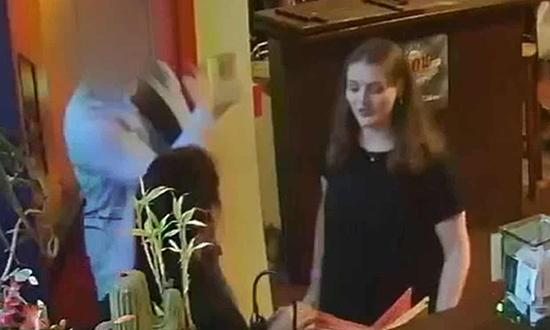 Defence lawyers say accused had ‘no motive’ for murder

The defence has opened its case in the murder trial of Grace Millane Photograph: Auckland City Police/PA

Defence lawyers for the New Zealand man accused of murdering Grace Millane have put the British backpacker’s sexual history at the centre of their case, bringing forward witnesses who spoke about her dating past.

One former sexual partner of Millane, whose identity has been suppressed, gave a written statement to the court saying the 21-year-old expressed an interest in choking and that the pair had tried it together.

“Grace and I explored this and researched safe practice. When we researched it we knew the word was asphyxiation,” the witness said.

The pair used a safe word or tapped on the other three times to indicate they wanted it to stop, the court heard.

A 27-year-old New Zealand man, whose name is suppressed, has pleaded not-guilty to murdering the British backpacker. Prosecutors allege Millane was murdered by the accused in his hotel room. The defence says she died accidentally while being consensually strangled.

It is not disputed that Millane died in the CityLife hotel by strangulation, and that the accused buried her body in a suitcase. The defendant has chosen not to give evidence himself.

Opening the defence case, defence lawyer Ron Mansfield told the jury: “All the evidence shows that Miss Millane was a loving, bright, intelligent young woman and she was. That is her reputation and that should be her reputation and her memory at the start of this trial and at the conclusion if it.

“It’s important that we are fully informed. It’s not the time for embarrassment or immaturity. If this couple engaged in consensual sexual activity which included pressure being applied to her neck with her consent and that went wrong, that is not murder.”

The court also heard from a friend of Millane who said in a written statement that Millane mentioned she enjoyed choking.

“Grace told me that she enjoyed her partner to put his hands around her neck. I can’t really remember the exact words used but it was something like that, said in a jokey way as we talked about sex.”

Mansfield said his client had engaged in consensual sex with Millane that included choking, at her request.

He said that when Millane accidentally died the accused had then made a series of poor decisions due to stress and intoxication, and decided to try to cover up her death because he feared it would look bad and his account of events would not be believed.

Evidence that the accused had frequently and repeatedly lied to Millane and other Tinder dates about his life, occupation and income was a symptom of the “Instagram age”, Mansfied said, and indicated nothing more sinister than an attempt to make women interested in dating him.

Mansfield said people’s varying sexual appetites and tastes must not lead to them being “blamed and shamed” by society, if the sexual acts occurred between consenting partners.

“What we have seen is a young man who was 26 at the time, single, playing out his life through Tinder,” Mansfield said.

“He may not have done the right thing afterwards because of a concern no one would believe him. But don’t prove him right”.

Mansfield said the accused had “no motive” to murder Millane, and no-one in the neighbouring rooms at the hotel heard any sign of a dispute that could have ended in a violent assault.

The defence called forensic pathologist Dr Fintan Garavan, who appeared via videolink from Florida, and said after examining the case he found “no evidence” that Millane engaged in a struggle .

During cross-examination by the prosecution, Garavan said defensive wounds may be absent if the person being strangled had fallen unconscious quickly.