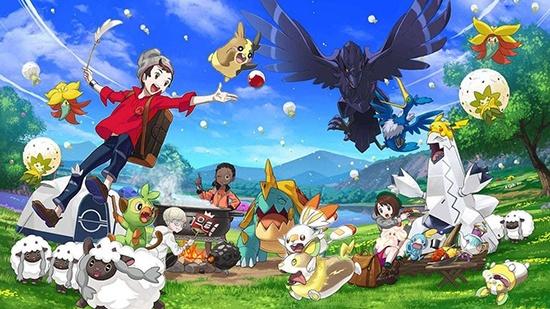 As purveyors of modern news can attest, it’s common for the media to forcefully nurture stories into being in a desperate bid for clicks. This is exactly what happened with an anti-Pokemon petition.

Hot on the tails of controversy surrounding the newest Pokemon title due to its lack of content, a petition popped up on the White House’s We the People website asking President Trump to halt sales of the recently released game. From all appearances it looks to have been made by a disgruntled fan, or a vitriolic internet troll. Really, it’s hard to tell these days.

Either way, it gained no traction on its own, but that hasn’t stopped the gaming press from reporting on what is essentially a non-story. Even by his own admission, a writer over at GameRant wrote about the petition while it had just a single signature. How he even knew to find it is beyond me, but after the piece appeared, the media fell in line and gave attention to something that really should’ve been given none.

A founder of ResetEra – a notoriously toxic far left gaming forum that bans anyone for going against their doctrine and which provides shelter to game journalists – boosted it while it had 23 signatures.The  New York Post wrote that “furious fans want Trump to block sales of Sword and Shield.” The International Business Times says “angry fans start White House petition.” While GameRevolution, Gamebyte, TheGamer, and others would also provide coverage.

The fact of the matter is that before the media reported on it, it was on nobody’s radar. As already expressed, how GameRant first discovered it is beyond me, but even since then, it’s gone nowhere. As of now it has a meager 439 signatures. At this point it’s probably a safe assumption that folks who have signed it just did so to be ironic, something I know as people who follow me on Twitter expressed doing just that.

In the grand scheme of things the petition will be forgotten fairly soon, but the media’s coverage of it is emblematic of a larger problem within the medium. Far too often non-troversies and stories so small you need an electron microscope to discover the point of, are blown into things they’re not. Sometimes these are just worthy of an eye roll or a snarky tweet, but other times the media’s insistence to make news where none exists has actual lasting effects and consequences.

In June, a summer-time character skin in Crash Team Racing was accused of racism on ResetEra. The media then reported on it before any sizable backlash had formed, and publisher Activision bent the knee and changed the skin’s name. Mere months later, the very same ResetEra poster caused a game developer behind the 3D shooter throwback Ion Fury, to be bombarded in accusations of homophobia over a harmless pun. The kicker? In my own investigating I discovered the originator of the controversy to be a troll, a fact the media still ignores to this day.

When not causing games to be changed or developers attacked, the media makes a mockery of their audience and uses various stories to belittle popular stances or growing discontent. Right now, there’s valid anger towards the newest Pokemon release. It is a full priced game, and by many accounts it’s filled with glitches, visual hiccups, and it lacks content previous games have capitalized on. But journalists and public relations now use the petition as a tool to shut down debate.

It’s worth asking why a petition with a single signature is being boosted to the masses, and the answer of course, is that it fits a narrative. The entitled, angry, gamer trope has been around for a while now, and it’s one journalists love to roll out. Back in December 2018 they took it so far they scorched their own credibility when they reported on an Overwatch player named Ellie who left an Esports team after facing doxxing threats and widespread harassment.

So quick were they to maintain the post-gamergate mindset that gamers are misogynistic abusers, that they didn’t do their due diligence and almost immediately it was learned the girl never even existed. She was made up. There was no Overwatch player named Ellie. Yet by all public appearances, no one within the media was punished for bungling what became a high profile story.

Time and time again journalists are allowed to err. To which this isn’t just in gaming either, and at the risk of sounding hyperbolic, when so called journalists are f**king up and/or pulling stories out of their rectums to fit their own socio-political stances, or to stifle worthwhile debate in an effort to protect companies selling faulty products, then they stop being journalists by any sort of metric and they move into the realm of propagandists.

This is how literal fake news happens.

By Sophia Narwitz, writer & game journalist from the US.