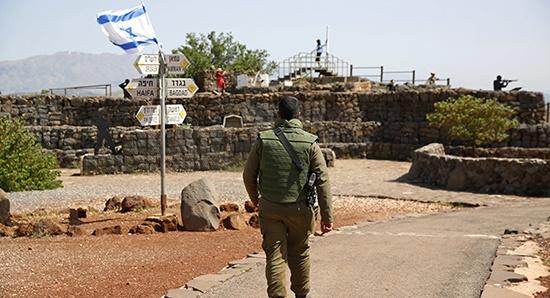 Earlier in the day, the Israel Defence Forces (IDF) said on Twitter that air-raid sirens went off in the northern part of Israel, in the area of the Golan Heights, without providing further details.

The IDF confirmed that the Iron Dome system had intercepted four projectiles allegedly launched from Syria.

​Earlier in the day, IDF warned that air-raid sirens were heard over the northern part of Israel.

​Tel Aviv established military control over the Golan Heights in 1967 and annexed it in 1981, although the annexation has never been recognized by the United Nations. The Golan Heights is widely seen as an exceptionally important strategic area, as it offers a clear view of both Syria and Israel.

Over the last weekend, the IDF claimed that it intercepted two projectiles fired from the Palestinian Gaza enclave. The IDF claimed that they responded to the attack by striking targets of the Hamas group, which controls the Gaza Strip.

Last week, tensions in the area increased after the killing by Tel Aviv of Baha Abu Al-Atta, a top commander of the Palestinian Islamic Jihad group in the Gaza Strip, triggering multiple rocket attacks from the Palestinian side. Israel reportedly conducted multiple air raids in Gaza. A ceasefire was reported later to have been achieved.