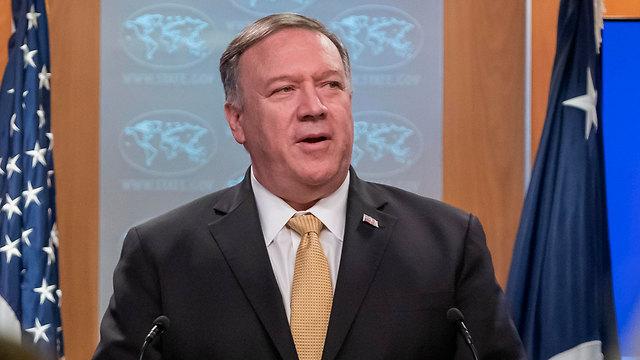 Netanyahu thanks White House for saying settlements not illegal, urges Palestinians to hold final status talks, but PA says Trump administration has ruled itself out of any future role in peace process

Israel on Monday welcomed the U.S. decision to no longer view its settlements in areas captured in 1967 as illegal, but said that it would . remain ready to negotiate a final status agreement with Israel

Netanyahu also maintained that the settlements were a matter to be decided by the Israeli courts.

“Israel’s legal system, which has proven itself fully capable of addressing legal questions related to the settlements, is the appropriate place for these matters to be adjudicated – not biased international forums that pay no attention to history or facts,” he wrote.

The comments came shortly after Secretary of State Mike Pompeo announced on Monday that the U.S. is softening its position on Israeli settlements in the occupied West Bank, the latest in a series of Trump administration moves that weaken Palestinian claims to statehood.

Pompeo said the U.S. repudiates a 1978 State Department legal opinion that held that civilian settlements in the occupied territories are “inconsistent with international law.”

The move angered Palestinians and was likely to put the U.S. at odds with other nations working to end the conflict.

He urged the international community to disregard Pompeo’s “illegal” pronouncement, which he said was a threat to international peace and security.

PLO chief Saeb Erekat also slammed the announcement by Pompeo, saying that the Trump administration has “completely lost all credibility and no longer has any role in the peace process,” the Jerusalem Post reported.