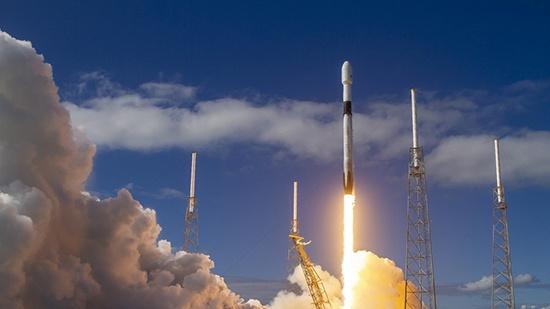 SpaceX CEO Elon Musk seeks to make the world happy with his Starlink project providing satellite Internet access. So far, he only managed to make astronomers across the world upset by rendering their telescopes blind.

The billionaire who also positions himself as philanthropist and innovator has recently set himself a goal of bringing high speed internet to the most remote corners of the earth with a network of thousands of small satellites he plans to put on the low-earth orbit. The ambitious plan involves sending a whopping 12,000 devices into space to form a satellite constellation as part of the project Starlink.

That is not the final number, though, as SpaceX has entered into negotiations with the International Telecommunication Union (ITU) reportedly seeking to get permission to fly another 30,000 Starlink satellites, bringing their total number to 42,000. That is roughly 20 times more than the number of operational satellites currently in orbit.

The practical benefits of this project are not yet evident as Musk has so far only managed to send about 120 Starlink satellites into space – a handful compared to his ambitious plans. However, it was enough to unnerve astronomers around the globe, who now argue the billionaire threatens the existence of astronomy itself.

A day after the first set of 60 Starlink satellites blasted off into orbit on May 23, astronomers sounded the alarm, warning that they could interfere with ground based astronomy as they would blind telescopes due to their brightness.

Six months later, when the second batch of Starlink satellites got into orbit as well, the scientists realized that their worst fears came true. On Monday, Clarae Martinez-Vazquez, an astronomer at the Cerro Tololo Inter-American Observatory (CTIO) in Chile alerted her colleagues that a train of just 19 Starlink satellites has “heavily affected” the work of its highly-sensitive Dark Energy Camera (DECam), tasked with no less than helping humans to unravel the mysterious nature of ‘dark energy.’

Yet, for about five minutes the instrument was rendered completely useless – all thanks to Musk’s project, even though it is at a very early stage.

The news immediately prompted outrage among fellow astronomers, who turned to Twitter to vent their frustration. Some of them said their future work would now involve a lot of additional data processing, while others warned that such incidents would turn into “everyday occurrences” as Musk carried on with his plan.

The most frustrated ones were quick to label the billionaire “the man who polluted the heavens,” adding that it would be his “lasting environmental legacy.”

SpaceX promised to paint its satellites black to make them less reflective, although it did not apparently do so with the batch it sent into space on November 11. Besides, some scientists are skeptical about this plan because they say many telescopes would be able to “see” the devices even after this measure is taken. Apart from that, painting would hardly affect the satellites’ radio waves, which interfere with the telescopes just as well.

But being an all-round good guy, Musk apparently could not be bothered about this fact. Confronted by the astronomers, he simply suggested moving the “telescopes to orbit,” sparking another wave of indignation.

Some called him an amateur, while others even compared him to French Queen Marie Antoinette, who reportedly infamously said that the peasants should simply “eat cake” upon finding out they had no bread, not long before the monarchy was overthrown during the French Revolution.

Musk, however, is unlikely to suffer a fate similar to that of Marie Antoinette, as, according to the legal experts, the law is basically on his side. Or, rather, it does not have any provisions that could stop SpaceX from developing its project simply because it threatens existing and future astronomical infrastructure.

The future of the Starlink project appears to be looking quite bright so far. What this brightness would mean for astronomy is another matter entirely.