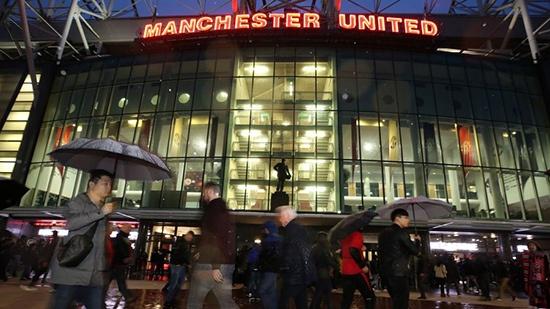 Press Association · Columnist
Manchester United have announced a sharp rise in net debt in their latest financial report, but executive vice-chairman Ed Woodward offered an upbeat assessment of the club’s position despite a “mixed start” to the Premier League campaign.

United’s first quarterly accounts for year ending June 2020 showed net debt had climbed 55.5 per cent to £384.5million from £247.2m over the period, largely attributable to investing in major signings such as Harry Maguire, Aaron Wan-Bissaka and Daniel James.

Revenues were up £400,000 to £135.4m, driven by a 5.9 per cent upturn in commercial, but the club is sticking to its prior forecast that annual revenues will be down on the previous record figure of £627.1m. United expect the 2019/20 figure to be between £560-580m, with the lack of Champions League football this season likely to bite in the second quarterly figures, though broadcast revenues already fell by 23.1 per cent, or £9.9m, compared to the previous Q1 figures.

Woodward spoke to investors via conference call, during which he gave a bright account – notably stressing continued investment, opportunity and output relating to United’s academy – but also nodded to an underwhelming start to the domestic season.

Ole Gunnar Solskjaer’s side currently sit seventh in the Premier League, a point and two places behind newly-promoted Sheffield United, and Woodward was keen to draw together the club’s on and off-field goals.

“I want to reiterate that our ability to make the investment we need to be successful on the pitch is underpinned by a continued strong financial performance,” he said.

“(For) the season to date we’ve had a mixed start to our Premier League campaign.”

Woodward went on to note qualification for the Europa League knockouts, a Carabao Cup quarter-final place and the “competitive” performance of the women’s team before laying out the wider vision.

“Our ultimate aim is to win trophies, play fast, fluid, attacking football, with a team that uses graduates from our academy along with world-class acquisitions. We know this will not be achieved overnight, however we have made investments across the club that we believe will set us on the right path.

“We know our academy is a strong competitive advantage and an area we will continue to invest in as it is at the heart of the club.”

United are unlikely to be in the market for significant expenditure in the January transfer window. Funds are available should an outstanding target become available but the club generally view the mid-season market as difficult to operate within and prefer to spend in the summer.

The new figures show wage expenditure down 8.8 per cent, influenced in part by the Champions League absence as well as the moves to Inter Milan of Alexis Sanchez (on loan) and Romelu Lukaku, whose transfer in a deal worth an initial £74million represented the largest incoming.

Woodward made a point of flagging FIFA’s revamped Club World Cup to investors, adding credence to suggestions that the Red Devils may be involved when the competition relaunches as a 24-team summer event in 2021.

When invited to put questions to Woodward, chief financial officer Cliff Baty and group managing director Richard Arnold, only one caller took the chance with a query about the Manchester United digital app.

United’s on-field fortunes have improved in recent weeks after pressure had been growing on manager Ole Gunnar Solskjaer.

The team have won five of their last six matches in all competitions, and prior to that claimed a 1-1 draw at league leaders Liverpool.

They are seventh in the Premier League, nine points adrift of the Champions League qualification places.