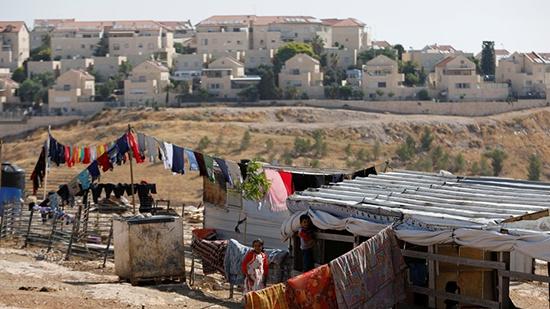 The US announcement that it will no longer view West Bank Israeli settlements as inconsistent with international law has provoked outrage in all corners of the globe, on humanitarian, legal, and common-sense grounds.

The Trump administration’s controversial move on Monday reversed decades of US policy, contradicting numerous United Nations resolutions and international human rights conventions. In an effort to downplay the change, Secretary of State Mike Pompeo said the decision came as a result of a “legal review” of the State Department opinion on the settlements from 1978, but reactions exploded both domestically and internationally.

While most US politicians avoided immediately confronting the president on Israel – always a third-rail topic in Washington – Vermont Senator and Democratic presidential hopeful Bernie Sanders slammed Trump for “isolating the United States and undermining diplomacy by pandering to his extremist base” in a tweet.

EU foreign policy chief Federica Mogherini renewed calls for Israel to “end all settlement activity, in line with its obligations as an occupying power,” following the announcement. An EU court ruled last week that all goods originating in Israeli settlements must be labeled as such.

Jordan’s Foreign Minister Ayman Safadi warned the move would have “dangerous consequences” on the possibility of peace in the Middle East.

Others pointed out that aiding and abetting a breach of international law made the US complicit in Israel’s crimes. Amnesty International has deemed Israeli settlements in occupied territories a war crime.

“Trump can’t wipe away with this announcement decades of established international law that Israeli settlements are a war crime,” Human Rights Watch’s Kenneth Roth tweeted, adding “Trump doesn’t read, but we do,” and pointing to Article 49 of the Fourth Geneva Convention.

Some commenters wondered at who the move was supposed to appeal to, since “US Jews massively reject Trump.” A few mused whether this might be the straw that breaks the camel’s back regarding a backlash against Israel.

Others merely snarked at the mushy headlines US media used to cover the announcement.

Much as Trump’s decision to “recognize” the Israeli occupation of Syria’s Golan Heights, the West Bank move may be a bid to shore up the crumbling position of Israeli PM Benjamin Netanyahu, who still hasn’t formed a government after two elections and multiple failed attempts to build a coalition. Pompeo, however, has denied the connection.

Of course, not everybody was upset – Israeli settler leaders stepped up calls for annexing the West Bank, a controversial campaign promise of Netanyahu’s, while others demanded the territory be referred to by settlers’ nomenclature – “Judea and Samaria” – seldom heard outside Israel.