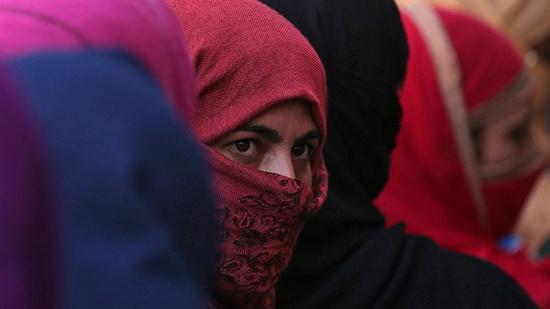 A former Indian Army major general has ‘gone dark’ after his angry call during a TV debate for “death for death, rape for rape” in Kashmir caused a public outcry among civilians and the military.

A political talk show on the TV9 Bharatvarsh channel was about the exodus of non-Muslim families from Kashmir Valley. Since the 1990s, hundreds of thousands of people were forced to flee, when they were targeted by a Muslim insurgency in a campaign of ethnic cleansing that involved kidnappings, assassinations, rapes, and other crimes.

The on-camera debate descended into a shouting match, and at one point S P Sinha, the retired major general screamed his vision of retaliation: “Death for death, rape for rape,” the Print reported. The plan sounded like one from an age when women were considered to be a man’s property under talionic justice, but would obviously be a war crime if there was a politician crazy enough to implement it today.

The remark was rebuked instantly by fellow panelists who demanded an apology, but the retired general stood by his opinion and even found some support from audience members.

A video of the incident has since gone viral, prompting angry reproaches from some Indian veterans. Retired lieutenant general Vinod Bhatia, who served as the director general of military operations, branded Sinha a person who makes “obnoxious statements for momentary fame.” Syed Ata Hasnain, also a retired lieutenant general, called the man a “loose missile”.

The Indian Army distanced itself from the incident, saying that a retired officer was not bound by the military code of conduct the way serving soldiers and officers were. Sinha himself has been unavailable for comment since the inflammatory episode.