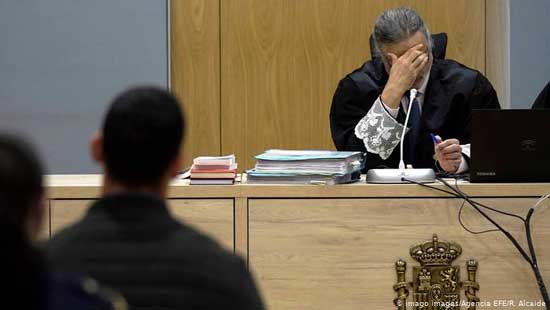 Four men who were found guilty of raping a teenager at the San Fermin Festival have now been accused of a separate crime. The new trial began with the prosecution alleging the group sexually abused an unconscious woman.

Four men who were convicted of raping an 18-year-old woman during Spain’s San Fermin festival in Pamplona pleaded not guilty on Monday in a separate case of sexual abuse.

The men, who had a WhatsApp group named “La Manada,” which translates to “The Animal Pack” or “The Wolf Pack,” are currently serving 15-year sentences given to them by the Supreme Court for a rape which occurred during the famous bull-running festival in July 2016.

In the new case, Spanish daily El Pais reported the group are accused of sexually assaulting a 21-year-old woman after a night out in the Spanish province of Cordoba, just weeks before the crime in northern Spain.

The incident occurred in the early hours of May 1, 2016, when the victim got into the car of the four men, after having met them in a tent at an annual fair in Torrecampo. In the car, she fell unconscious on the way to her hometown, Pozoblanco. This is when the alleged crime occurred and was recorded on one of the defendant’s cell phones and later distributed in two chat groups.

The men are already in prison for raping a teenager

However, the lawyer of the accused said these videos cannot be considered as they were obtained in violation of the right to effective judicial protection and the right to privacy of communications.

The men pleaded not guilty and exercised their right not to testify.

The Pamplona rape verdict earned notoriety across Spain as the men were convicted of a lesser charge, prompting mass nationwide protests in April 2018. However, in June this year the Supreme Court increased the initial sentence from 9 to 15 years for the crime of gang raping the woman.

The case may yet have further ramifications with pressure on the Spanish government to implement legal reform over its rape laws.