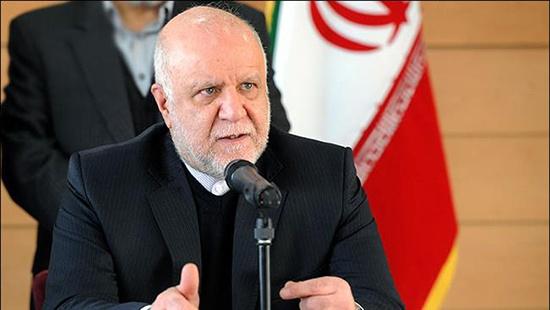 Both China and Iran think that sufficient time has passed from the furore in both countries that followed media reports of a slew of extremely favourable deals awarded by Tehran to Beijing that essentially made Iran a client state of China. Given a bit more time, then – enough for the people and equipment to be moved on to site and set up – Iran is set to announce that an operating unit of the China National Petroleum Corporation (CNPC) will be the major stakeholder in the development of its supergiant new oilfield find, Namavaran, a source who works closely with Iran’s Petroleum Ministry exclusively told OilPrice.com last week.

There has been some confusion about the actual reserves numbers in Namavaran, the second largest oilfield discovered in Iran following the Asmari oil layer in Gachsaran with 54 billion barrels of oil in place, but here are the actual figures. The entire reservoir – that stretches from Bostan (on the westernmost border with Iraq) to past Omidiyeh in Omidiyeh county (east-southeast) in Khuzestan and measures nearly 2,400 kilometres up to a mean average depth of 80 metres – consists of around 53.3 billion barrels of relatively dense and heavy crude oil. This figure, though, may be increased as there is a 35/75 (35 in favour) chance of a continuation of the overall reservoir to the south, according to the senior Iran source. Even more specifically, the reservoir was first probed in early 2016, at which time initial testing showed the presence of around 33 billion barrels. Since then, more rigorous testing over a wider area has pointed to a further 22 billion barrels or so of oil, thus giving the figure of just over 53 billion barrels. Having said that, the reservoir encompasses areas of previous development that were thought to be distinct, standalone fields, including Ab Teymour, Mansouri, Soosangerd, Darkhovin, Jofeir and Sepehr. Some of these fields take up part of that original 33 billion barrels, although the precise amount has yet to be determined but, in any event, Iran is currently working on the basis that the new immediately exploitable find is between 22 and 27 billion barrels.

At the moment, the only developer on the spot is Khatam al-Anbiya Construction Headquarters (KAA), which is primarily an engineering company completely controlled by the Islamic Revolutionary Guard Corps (IRGC). As such, it – and many of its subsidiaries – are a focus of primary sanctions by both the U.N. and U.S, which is why its access to the latest in testing, drilling, and extraction expertise and technology is limited to that provided by, mainly, China and Russia and the affiliates of these two countries. This, in turn, means that at time of writing the current recovery rate on the ‘free’ Namavaran site (of 22-27 billion barrels of reserves) is just 0.9 per cent. To put this into some sort of perspective, before the latest round of U.S. sanctions was re-introduced in force late last year, the average recovery rate across Iran was around 5.5 per cent, although it has now dropped to 4.2 per cent. Saudi Arabia, at the same time, was averaging a rate of recovery of just over 50 per cent, and is now moving towards an average rate of recovery of 70 per cent. Making the necessary adjustment for historically-based Saudi lying, most analysts – including those in Iran – believe that the Saudis are still managing to recover around 55 to 60 per cent of the oil in place.

Clearly, Iran wants to maximise the output from its new field as quickly as possible and to this effect ever since the scope of the Namavaran reservoir became clear earlier this year, it has engaged on two fronts to do just this. One of them was, and remains, sounding out Western international oil companies (IOCs) to signal their willingness to take a stake in the 22-27 billion barrels area as and when the U.S. lifts sanctions. So far, three of the biggest and best IOCs have expressed a serious interest in doing so, according to various sources in Iran, London, and Paris spoken to by OilPrice.com last week. All three of these IOCs – one Anglo-Dutch, one French and another company – had already worked at one time or another on Iran oil field developments before the U.S. announced its unilateral withdrawal from the Joint Comprehensive Plan of Action (JCPOA) deal agreed on 14 July 2015 between the P5+1 group of nations (U.S., U.K, France, Russia, China + Germany). One of these three companies has unequivocally assured Iran’s Petroleum Minister, Bijan Zanganeh, within the last few weeks that it can ‘guarantee’ an initial rate of recovery of 12-14 per cent within the first year, rising to at least a ‘sustainable’ rate of recovery of 15 per cent within two years from moving on to site. Although Iran does expect the U.S. to begin to ease back on sanctions within the next 12 months from now for a variety of reasons analysed here, in the interim it needs all the income it can find, given the parlous state of the economy. According to very recent date releases by the IMF and World Bank, Iran’s GDP is set to contract this year by 9.5 per cent or 8.7 per cent, respectively, marking its worst performance since 1984. Consequently, the understanding with China is that it comes in to the 22-27 billion barrels of crude area as the major foreign developer until such time as Iran is able to sign a deal with one of the three aforementioned Western IOCs. At that point, China would still retain its majority stake but would work alongside the new developer, who would have a slightly lower stake. For one of the three companies, in particular, this would be an ideal operating scenario – according to that very firm – as it has a long history or working with Chinese companies, most recently in the downstream sector. For China, the opportunity in Iran remains absolutely central to its ‘One Belt, One Road’ plan to extend its economic and, thus, geopolitical power across Asia and Eurasia and ultimately into Europe. Literally, as it stands, China cannot implement its ‘One belt, One Road’ plan without the full co-operation of Iran both as an actual geographic transit point and as it holds political and economic sway over neighbouring Iraq and the other members in the Shia crescent of power to the west-northwest, including Syria, Jordan and Lebanon.