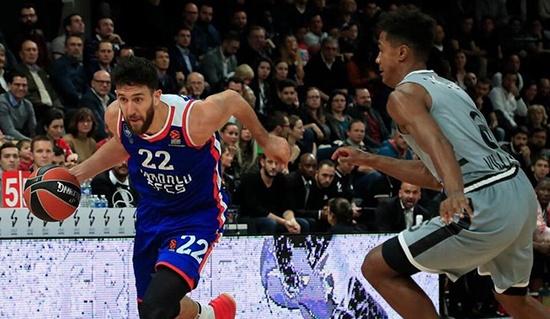 The Istanbul team has seven wins and two losses so far this season.

In Round 10, Anadolu Efes will visit AX Armani Exchange Milan in Italy on Nov. 21.