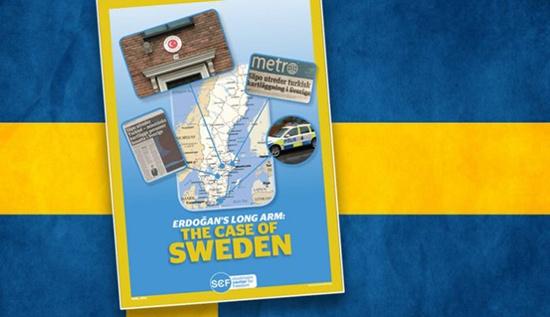 According to Swedish media reports, Najah al-Shammari has Swedish citizenship and is listed as a Swedish resident on a disability allowance. During his time in Sweden, he was reportedly on full-time sick leave due to memory problems, but had a criminal record.

Iraqi Defence Minister Najah al-Shammari is a Swedish citizen registered in a suburb of Stockholm, something his party, al-Wataniya or the National Coalition, denied when his candidacy for the ministerial post was proposed, the Swedish news outlet Nyheter Idag reported following an Iraqi AFP journalist earlier this year.

According to Nyheter Idag, al-Shammari came to Sweden in 2009. His family came three years later, and in 2015 he became a Swedish citizen, despite documents showing that he had failed to understand simple Swedish, even after several years of language courses designed specifically for immigrants.

In Sweden, al-Shammari, who used his “clan name” as an alias, was on full-time sick leave due to memory problems and claimed to be too ill to work. He and his family were allocated an apartment in one of Stockholm’s suburbs and after showing modest incomes in 2013 and 2014, failed to show any income at all.

​Nevertheless, Nyheter Idag reported, he travelled with family members to Iraq at least twice and, during a 2014 trip, even paid for lasik eye treatment for one of his children.

In 2015, he was suspected of insurance fraud, but a preliminary investigation was later closed. The following year, he was charged with another offence, but the case was written off the day before the trial for some reason, and he was released from custody.

However, his testimony during questioning is consistent with his CV as Iraqi Defence Minister – namely, a career military man and army general specialising in fighting extremism and terorrism, Nyheter Idag pointed out.

When confronted by Nyheter Idag, al-Shammari’s relatives in Sweden declined to comment and allegedly slammed down the phone.

Najah al-Shammari was appointed Defence Minister of Iraq in June this year. In April, his party, the National Coalition, denied reports that he had acquired Swedish citizenship and described him as a “patriotic figure who has the competence that make him capable of facing the challenges of the post”.

At about 200,000 or 2 percent of the Swedish population, the Iraqi diaspora is Sweden’s third-largest after Syrians and Finns.