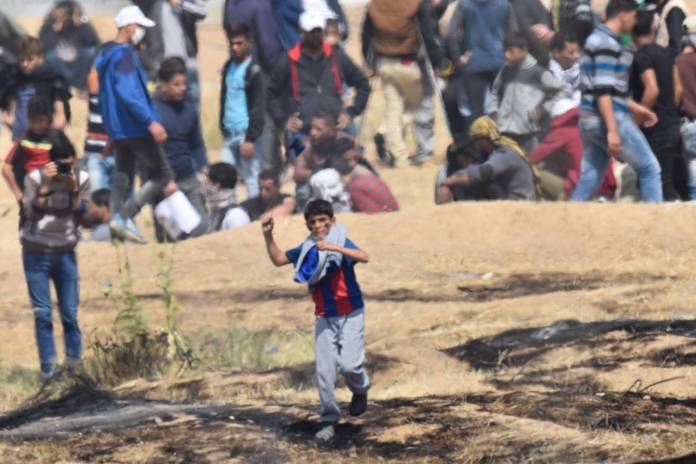 Analysis: The two sides have in the past 24 hours appeared to make mutual gestures regarding an arrangement to maintain calm in the troubled Strip, including ongoing halt in the often violent Friday protests along the border fence

Mutual steps by Israel and Hamas over the past 24 hours could signal significant progress in talks on an arrangement to maintain calm in Gaza.

Hamas has canceled weekly protest marches along the Gaza border and Israel’s Coordinator of Government Activities in the Territories Maj. Gen. Kamil Abu Rukun tweeted a rare message of Israeli support for the Gaza arrangement.

For the first time since the March of Return protests began 20 months ago, there will be no Friday demonstrations at various locations along the Gaza fence for two consecutive weeks.

On Tuesday afternoon, the March of Return steering committee announced that it would cancel this Friday’s protests along the fence, and there were no demonstrations last Friday either.

The committee said the decision was made to give protesters a chance to support those who were hurt during the last round of Friday clashes, but according to a knowledgeable source, this is merely a cover for the true reasons behind the cancellations.

The steering committee is composed of representatives of all factions in Gaza, but behind the scenes Hamas controls the committee and its decisions, which are not adopted without prior approval or guidance from the ruling regime in the Strip.

Hours after this unusual decision, Abu Rukun posted a message on Twitter in Arabic:

“Israel is committed to working with Egypt and other mediators to improve the humanitarian situation in the Gaza Strip and to resolve the issue of prisoners and missing persons and to recover the bodies of two IDF soldiers and the civilians held in Gaza,” he wrote.

This was a very unusual public statement by a senior Israeli official who is part of the decision-making inner circle for the arrangement for the Gaza Strip; the fact that it is in Arabic makes it clear that it is aimed at the Hamas leadership.

The hints of an agreement in the offing come on the heels of a significant round of fighting in Gaza. The week-long violence began with the elimination by Israel of the man who was one of the biggest obstacles to the agreement – Islamic Jihad commander Baha Abu al-Ata – and included a decision by Hamas not to join in the rocket fire that followed, despite mounting internal public criticism.

It is possible that these are tentative gestures from both sides: Hamas, which has cancelled two consecutive demonstrations at the fence, and Israel, which is signaling its willingness to move forward on the arrangement driven by Qatar in the wake of the quiet Hamas is maintaining along the border fence.

For some time now, Israel has demanded that the demonstrations along the fence be stopped in exchange for moving forward with the arrangement.

As far as is known, there is still no breakthrough on the issue of the prisoners and missing persons, but the tweet by Abu Rukun could indicate further progress and even the start of phase two of the talks, which could even lead to negotiations on the delicate topic of the return of the prisoners and the soldiers’ bodies.

COGAT declined to address the issue beyond the published tweet.